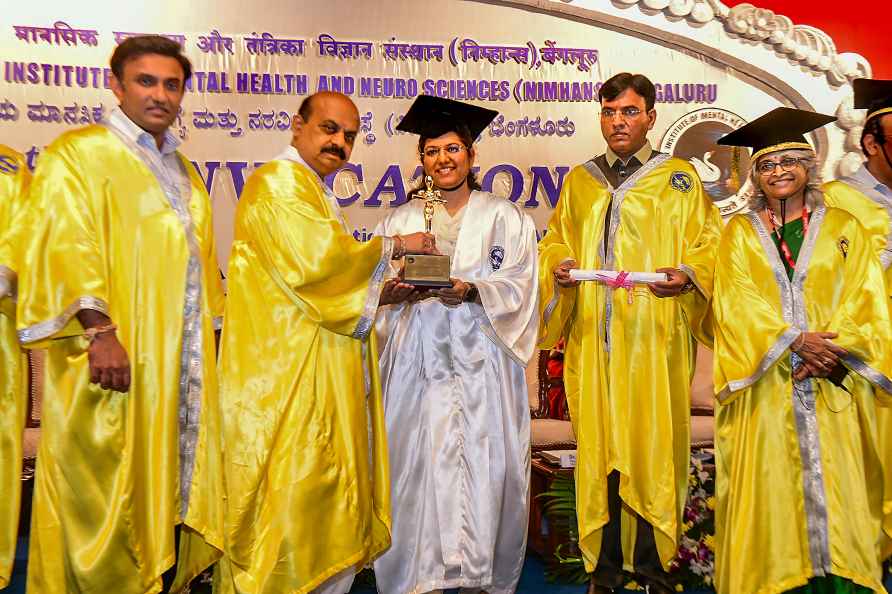 Bengaluru, Aug 6 : Karnataka Health Minister Dr K. Sudhakar on Saturday expressed concern over shortage of vascular surgeons at the time when the country is witnessing an increase in the vascular diseases. "Sadly, for a population of 1.3 billion, we have only around 500 vascular specialists. Spreading awareness about vascular health is paramount both in rural and urban areas," he said. He made the observation while flagging off a walkathon organised by Vascular Surgeons association to mark the World Vascular Day. The event walkathon was organised from Bengaluru's Town Hall to Kanteerava Stadium. Speaking to reporters at the event, Minister Sudhakar stated: "We have to ensure a strict health regimen to protect our blood vessels. If this is not done, it could lead to severe health problems, including Non-Communicable Diseases or aneurysms etc. These in turn could cause life threatening situations". Pointing out that some people are prone to vascular diseases, he said: "Every 6 seconds, a person loses his/her leg in the world. We need to increase awareness among youngsters and those professionals who are prone to such issues because of their professions like policemen, teachers etc. who stand for long periods of time. Awareness must also be created among professionals who have to work in front of computers for long periods of time, who have a sedentary lifestyle." Several vascular specialists, hospitals have come forward, organised and participated in the programme which is commendable, he said. The Karnataka government will take all necessary measures to prevent vascular diseases, he stated. /IANS

WHO warns against Covid complacency, urges for life-saving action
Geneva, Sep 23 : The World Health Organization (WHO) on Thursday warned again against complacency in fighting Covid-19, urging for coordinated action

**EDS: SCREENGRAB FROM A TWITTER VIDEO POSTED BY @narendramodi ON...

Demonstration for climate protection in Mumbai

Mumbai: People during a demonstration in support of the climate protection movement 'Fridays for Future', in Mumbai, Saturday, Sept. 24, 2022. ( /PTI […]

New Delhi, Sep 23 : Bringing change in the society is the inclusive responsibility of not only the government but also of a progressive society as a whole. In every country, some groups confront […]

Rishabh Pant has got to be a must in that Indian line-up: Adam Gilchrist