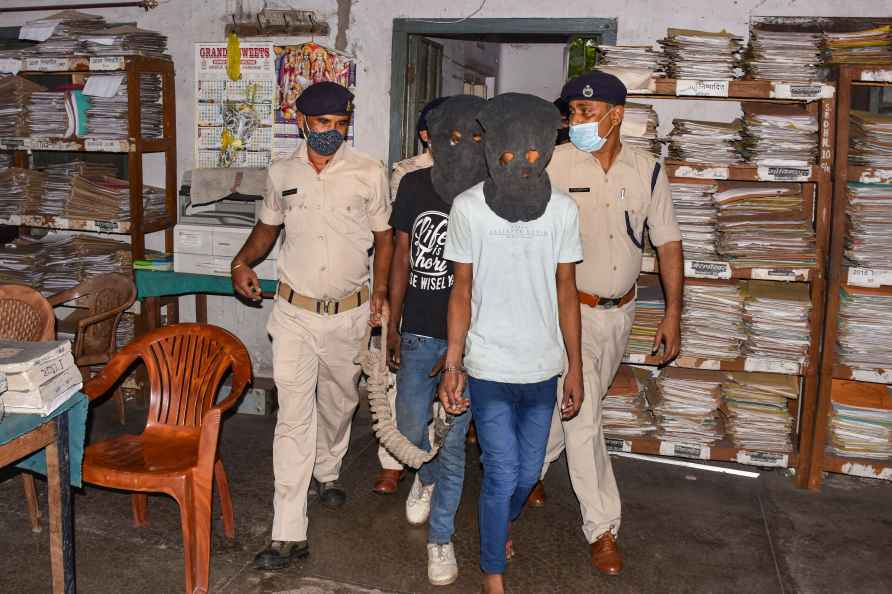 [Dhanbad: In this undated photo, accused Rahul Verma and Lakhan Verma. A special CBI court sentenced both of them to life imprisonment in connection with the murder a Dhanbad court judge last year, in Dhanbad, Saturday, Aug. 6, 2022. ( /PTI] Dhanbad (Jharkhand), Aug 6 : A special CBI court here on Saturday sentenced both the men convicted of the sensational murder of Additional District and Sessions Judge, Dhanbad, Uttam Anand, who was mowed down while out a morning walk, to life in jail for remainder of their natural life without any remission. The court also imposed fine of Rs 30,000 each on Lakhan Kumar Verma and Rahul Kumar Verma, who were convicted by the court on July 28 - exactly an year after the crime. Anand was on a morning walk on July 28, 2021 when he was mowed down deliberately by an auto-rickshaw, seriously injured, and succumbed during treatment. The gory visuals caught on CCTV had created an outrage across the nation and drawn the attention of the Supreme Court, which took up the case suo moto, and ordered the Jharkhand High Court to monitor the trial. The state government had handed over the probe to the CBI, which had registered the case on August 4, 2021. The case was earlier registered by State police on a complaint from Anand's wife and two accused were arrested by local police. After taking over the investigation of the said case, the CBI constituted a Special Investigation Team. After thorough investigation, covering all the possible aspects, the CBI filed a charge sheet on October 20, 2021 against both accused. As many as 58 prosecution witnesses were examined in the trial was completed in six months, while the entire investigation and trial was completed within record time of around one year from the said incident. /IANS