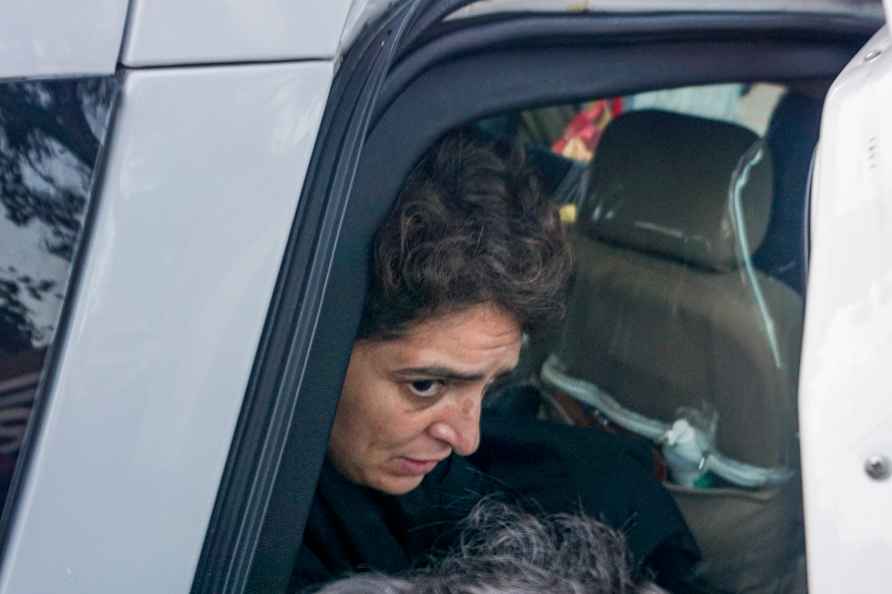 [New Delhi: Congress National General Secretary Priyanka Gandhi after being released from detention for protesting against price rise, unemployment and GST, in New Delhi, Friday, Aug. 5, 2022. ( /PTI] New Delhi, Aug 5 : Congress leader Priyanka Gandhi Vadra was on Friday detained from outside the party headquarters as she tried to lead a protest march towards Prime Minister Narendra Modi's residence. Before getting detained, the Congress general secretary crossed the three-feet tall barricade by jumping it. As she tried to move forward, she was stopped by the women police personnel and subsequently the Congress General Secretary sat in the middle of the road in protest. Priyanka Gandhi, who resisted her detention jostling with cops for 20 minutes, was lifted, dragged, shoved into a police car and taken away. Apart from Priyanka Gandhi, several party leaders, including Sachin Pilot, have been detained by the police. The party is protesting against the government over various issues, including inflation, GST and unemployment from two fronts -- protest march from 24, Akbar road to the Prime Minister's residence and from Parliament to Raisina Hills. The Delhi Police has denied permission to the Congress for holding a protest march in the national capital. /IANS