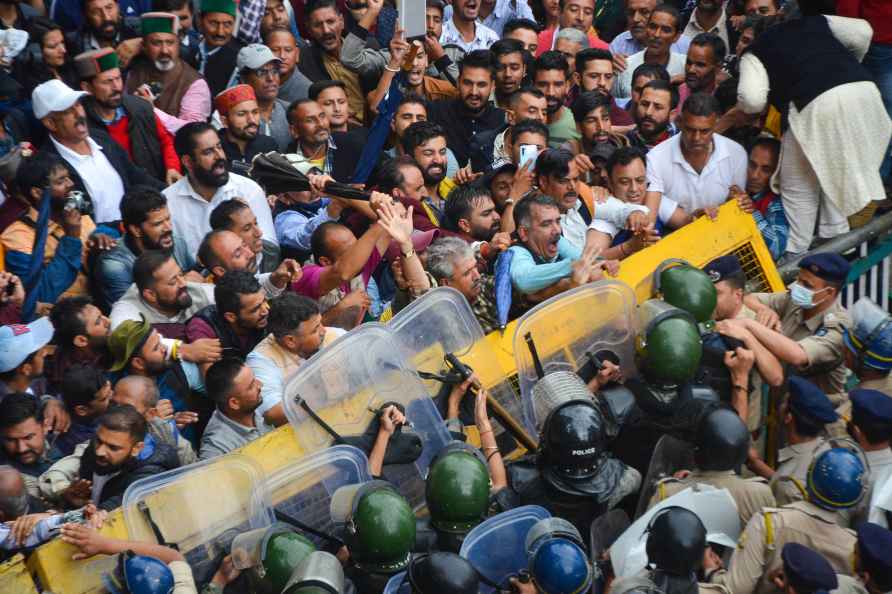 Shimla: Farmers under the banner of Himachal Kisan Sabha stage a protest outside HP Secretariat, in Shimla, Friday, Aug. 5, 2022. ( /PTI

Weather: Winter morning in Jammu
Jammu: Youngsters stand around a bonfire to warm themselves before exercising, on a cold and foggy winter morning, on the outskirts of Jammu, Wednesda

China launches crewed mission to Tiangong
In this photo released by Xinhua News Agency, an image captured off a screen at the Jiuquan Satellite Launch Center in northwest China shows the Shenz

Jammu: Youngsters stand around a bonfire to warm themselves before exercising, on a cold and foggy winter morning, on the outskirts of Jammu, Wednesday, Nov. 30, 2022. ( /PTI […]