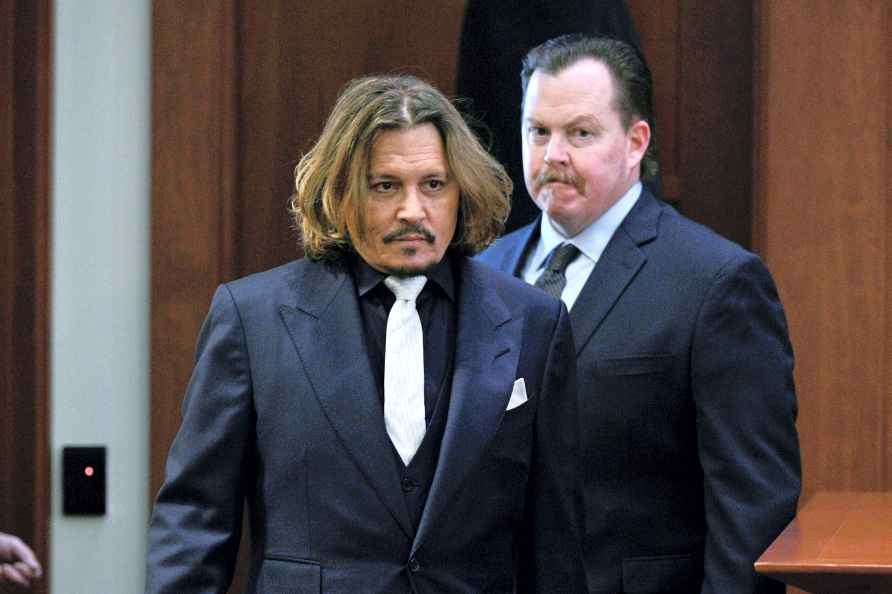 Los Angeles, Aug 5 : Actress Christina Ricci in an interview unveiled that Johnny Depp was the one who taught her about homosexuality. The 42-year-old actress was starring alongside Depp and his then-girlfriend Winona Ryderin 'Mermaids' back in 1990 and revealed that the 'Pirates of the Caribbean' star explained to her nine-year-old self what homosexuality was during an on-set conflict, reports aceshowbiz.com. Speaking on SiriusXM, she told Andy Cohen: "There was something going on set and someone was not being nice to someone else. And they were like, 'Oh, well, he might be homophobic." "And then I was like, 'Well, I don't understand what that is.' And I was in Winona's trailer and she was like, 'I don't know how [to explain].' So she put me on the phone with Johnny, and Johnny explained it to me!" "He was like, 'It's when a man wants to have sex with a man and when a woman wants to have sex with a woman.' And I was like, 'Ah, okay!' " Ricci added. Almost a decade later, 'The Addams Family' actress had teamed up with Johnny again and was paired up with him for her first sex scene in 'Sleepy Hollow' but joked that it was "weird" because she thinks of him "like a brother." She shared: "Okay. So we know enough about each other to laugh at it. He said it was 'like we were rooting around together like pigs. But the decision was made early on that Johnny and I would never be unclothed because in gypsy culture women are forbidden to be nude." /IANS

Lawyer to lover: Depp said to be dating his defendant
Los Angeles, Sep 23 : Hollywood star Johnny Depp is indeed dating one of the attorneys and no, it's not Camille Vasquez. In fact, it is Joelle Rich --

Zoe Saldana shares how having kids helps to keep her 'out of trouble' with aging
Los Angeles, Sep 23 : Actress Zoe Saldana spoke about her upcoming role in the Reese Witherspoon-produced Netflix series 'From Scratch', the mom of th

London, Sep 23 : World No 6 Stefanos Tsitsipas extended Team Europe's lead at the Laver Cup on Friday, when he produced a ruthless performance to brush aside Team World's Diego Schwartzman 6-2, 6-1, h […]

New York, Sep 23 : US President Joe Biden, in a meeting with Pakistan Prime Minister Shehbaz Sharif, expressed his determination to continue extending support to the people affected by floods in Pakis […]

New Delhi, Sep 23 : Justice Sanjay Kishan Kaul of the Supreme Court said on Friday that while every citizen must be made aware of legal provisions to deal with counterfeiting and smuggling, they shoul […]

By B Shrikant Nagpur, Sep 23 : Matthew Wade continued to prove a thorn in the side for India in the ongoing series as he blasted an unbeaten 43 off 20 deliveries as Australia posted 90/5 in eight o […]