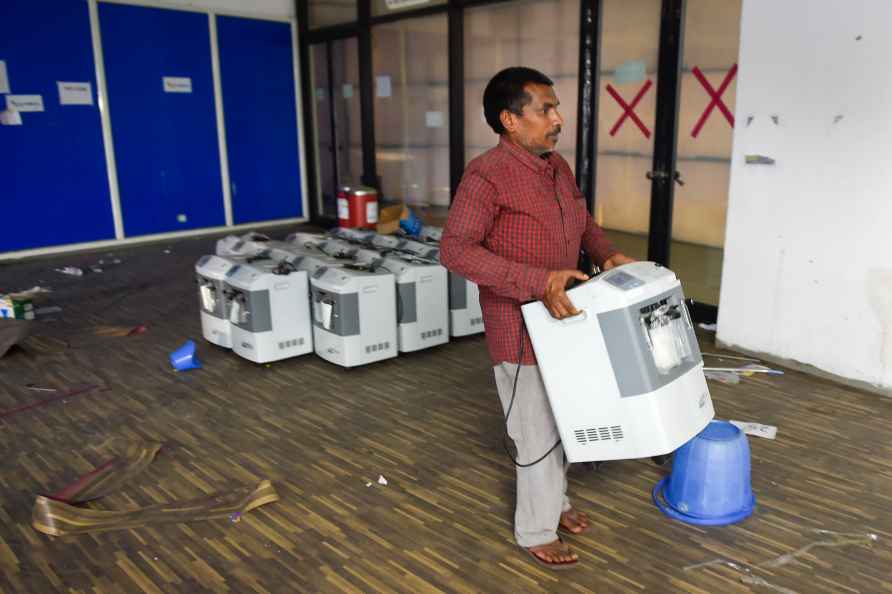 Lucknow, Aug 5 : Covid cases in Uttar Pradesh continued to rise. For the fourth consecutive day on Thursday, 887 more people tested positive for the infection, with the highest (201) in Gautam Buddha Nagar. Two deaths, one each from Kannauj and Ayodhya, were also reported. Amit Mohan Prasad, additional chief secretary (medical health) said, "The state tested 74,384 Covid samples in the past 24 hours. Till now, 11,98,97,963 samples have been tested." The number of active Covid cases reached 4,000 after a gap of over five months. On February 26, there were 4,232 active cases but the number came down to 3954 on February 27, after which there was a considerable fall in the active count (it remained below 4,000). Over 3,500 active cases were in home isolation. A majority among those in hospitals tested positive for Covid when they reached there for treatment of some other illness or surgical procedure. "In the past 24 hours, 464 patients recovered, and till now, 20,77,620 patients have recovered in the state," said Dr Abhishek Shukla, secretary general, Association of International Doctors. On Thursday, Lucknow reported 94 fresh cases, Ghaziabad 99, Meerut 58, Varanasi 43 and Prayagraj 28, according to the data from the state health department. As many as 78 patients recovered in Lucknow. /IANS

India spent 3.16% of GDP on healthcare, Rs 4,470 per capita in 2018-19
New Delhi, Sep 12 : As per the National Health Accounts report released on Monday, the Total Health Expenditure (THE) on the country has been estimate

Catastrophic floods leave millions at risk of diseases in Pakistan

By Hamza Ameer Islamabad, Sep 12 : Pakistan is going through one of the worst monsoon rains and flash floods, causing massive destructions, damages to infrastructure, and directly affecting million […]

By Venkatachari Jagannathan Chennai, Sep 12 : The bell curve appraisal system, junked by many big organisations including consultancy firm KPMG is being proposed to be implemented in General Insuran […]