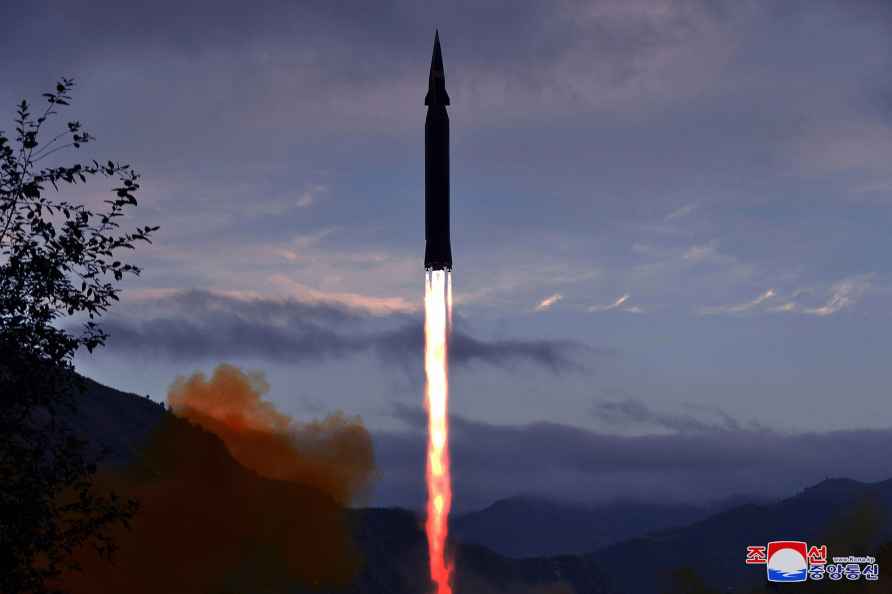 Seoul, Aug 4 : North Korea's permanent mission to the UN has issued a rare press statement in response to US condemnation of its nuclear programme, according to state media on Thursday. It slammed Washington over its "anti-DPRK confrontational clamour" during the 10th Review Conference of the Nuclear Non-Proliferation Treaty (NPT) at the UN headquarters in New York, reports Yonhap News Agency. DPRK is the acronym for the North's official name, the Democratic People's Republic of Korea. "Today, the mastermind that undermines the foundation of the non-proliferation regime is none other than the US," read the English-language statement issued Wednesday and carried by the official Korean Central News Agency. "It is the peak of busy blaming that the US alleges somebody's 'nuclear threats' given the fact that it is the kingpin of nuclear proliferation." "We will never tolerate any attempt by the US and its servile forces to groundlessly accuse our state and encroach upon our sovereign rights and national interests," it added. Addressing the NPT conference on Monday, US Secretary of State Antony Blinken said Pyongyang continues to expand its "unlawful nuclear programme" and continues its "ongoing provocations against the region". /IANS