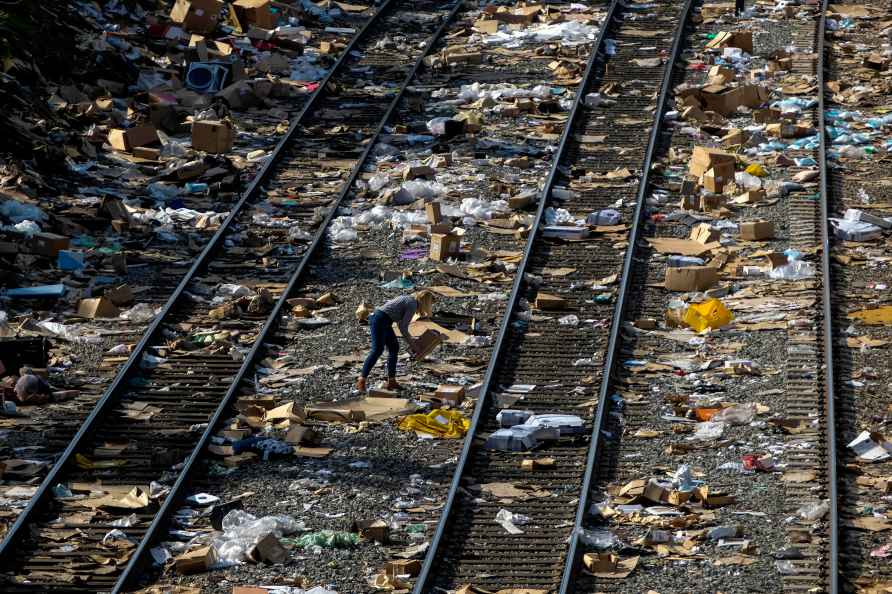 Los Angeles, Aug 4 : One person was killed and three others were injured in a shooting in Los Angeles, police said. Patrol officers responded to a radio call for a traffic collision at about 2.25 p.m. on Wednesday in Panorama City, a neighbourhood in Los Angeles, reports Xinhua news agency. Upon arrival, officers found multiple victims with apparent gunshot wounds, the local police department said. Officials said that one victim was pronounced deceased at scene and three others were rushed to a local hospital and in stable condition. "No suspect information at this time. There is a traffic collision at scene. We cannot confirm its relation to the incident at this time," the department added, noting that the investigation is underway. Police officers were searching for a suspect who fled in a dark-coloured car, and might have been wearing a white shirt and dark shorts, CBS Los Angeles Television station reported. /IANS

Anti-Romeo squad in Assam district to check eve teasing, molestation during Durga Puja
Silchar, Sep 30 : While Assam is gearing up for Durga Puja celebrations, in Cachar district the police have prepared an anti-Romeo squad to tackle wit

Apple Watch Series 8 keeps a close health watch on you!

New Delhi, Sep 30 : When Apple decided to make its Watch more than just a device to stay connected, the writing was clear on the wall -- introduce useful health tools that keep people safe from health […]

A surfer rides a wave