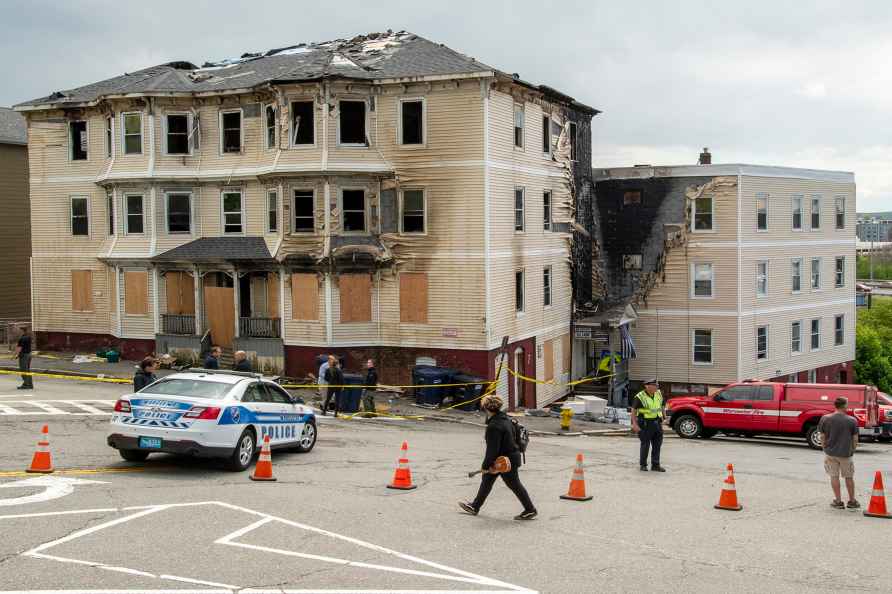 San Francisco, Aug 4 : Retail giant Walmart has laid off at least 200 corporate employees as the economic downturn takes its toll on companies worldwide. Walmart described the layoffs as a way to "better position the company for a strong future," reports The Wall Street Journal. Walmart employs nearly 1.6 million workers in the US. "We're updating our structure and evolving select roles to provide clarity and better position the company for a strong future," a company spokesperson said in a statement late on Wednesday. At the same time, the company is "further investing in key areas like e-commerce, technology, health & wellness, supply chain, and advertising sales and creating new roles to support our growing number of services", the statement added. The news of layoffs at Walmart came as after the company recently slashed its profit outlook due to inflation. The global macro-economic condition, especially rising inflation, has hit other retail giants like Target and Best Buy too, who cut profit targets. Amazon has also reduced its direct workforce by nearly 1 lakh, the largest sequential drop in its history, primarily at its fulfillment centres and distribution network. According to Brian Olsavsky, Chief Financial Officer, Amazon plans to become more cautious in its hiring at its headquarters and other facilities going forward. Amazon said that right now, it sees a stabilisation in the workforce. Shopify and Robinhood have also announced layoffs while several Big Tech companies have frozen or slowed down the pace of hiring. /IANS

Landslides in Indonesian gold mine buries 20 workers
Jakarta, Sep 17 : Twenty workers were buried alive after landslides occurred in a gold mine in Indonesia's West Kalimantan province, a rescue official

London, Sep 17 : England opener Alex Hales has said ahead of the crucial seven-match T20I series against Pakistan, he never thought he would don his country's jersey in an international cricket match […]

Bhopal: Youth Congress activists stage a protest over the issue of unemployment, outside party office in Bhopal, Saturday, Sept. 17, 2022. ( /PTI […]

Srinagar: A CRPF officer donates blood at a blood donation camp, as a part of 'Raktdaan Amrit Mahotsav', at Central Jail in Srinagar, Saturday, Sept. 17, 2022. ( /PTI […]