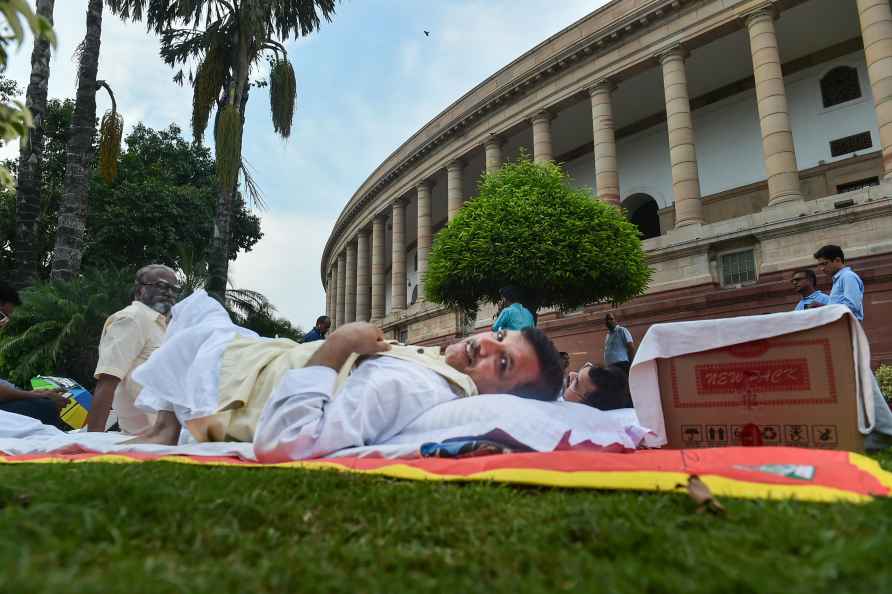 New Delhi, Aug 3 : Congress MP Pramod Tiwari on Wednesday gave zero-hour notice in the Rajya Sabha on the issue of the 'surge in Indian money held in Swiss banks'. Tiwari said, "It is a matter of grave concern that other foreign banks, including Swiss Bank funds are being diverted to more institutions in an uncontrollable manner, increasing the risks of black money." Aam Aadmi Party(AAP) MP Sanjay Singh gave suspension of business notice on the demolition of a temple in Gujarat's Navsari. And another AAP MP Raghav Chaddha has given suspension of business notice on the issue of GST on Sarai around Harminder Sahib. "I hereby give notice under Rule 267 of the Rules of Procedure and Conduct of Business in the Council of States (Rajya Sabha) of my intention to move the following motion for suspension of business listed for 3rd August 2022: "That this House do suspend Zero Hour and other relevant rules relating to Question Hour and other businesses of the day to have a discussion on the imposition of 12 per cent GST on Sarai's around Shri Harmandir Sahab (Golden Temple) in Amritsar." /IANS

TRS meeting underway to convert itself into national party
Hyderabad, Oct 5 : A crucial meeting of the Telangana Rashtra Samithi (TRS) began here Wednesday noon to take a decision on converting itself into a n

Death toll rises to 131 in stampede at Indonesian football stadium
Jakarta, Oct 5 : The Indonesian police confirmed on Wednesday that a total of 131 people have died in a stampede last weekend after a football match i

Indore, Oct 5 : While India's batting department has developed nicely with the new attacking approach in T20Is against Australia and South Africa, bowling in the death overs continues to be a headache […]

Chennai, Oct 5 : Pan Indian star Rana Daggubatti, who is best known for his role in S.S. Rajamouli's 'Baahubali', is set to collaborate with three other producers to jointly produce two films. All fou […]

TRS meeting underway to convert itself into national party

Hyderabad, Oct 5 : A crucial meeting of the Telangana Rashtra Samithi (TRS) began here Wednesday noon to take a decision on converting itself into a national party. Chief Minister and TRS presid […]

New Delhi, Oct 5 : India reported 2,468 fresh Covid cases in the last 24 hours as against 1,968 Covid cases recorded on the previous day, said the Union Health Ministry on Wednesday. In the same […]