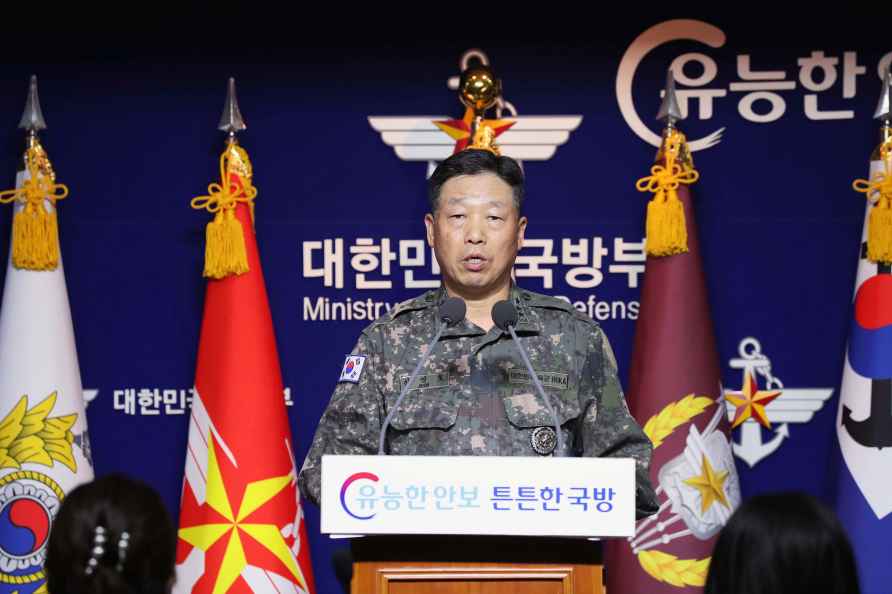 Seoul, Aug 3 : The South Korean presidential office called Wednesday for regional peace and stability through dialogue as US House Speaker Nancy Pelosi made a high-profile visit to Taiwan. Pelosi, who is set to arrive in South Korea as part of her Asian tour, visited Taiwan late Tuesday, becoming the highest-ranking elected US official to visit self-ruled island in 25 years. China, which claims sovereignty over Taiwan, has strongly protested against Pelosi's visit, Yonhap news agency reported. Asked about Pelosi's visit to Taiwan, an official at the presidential office said, "Our government's stance is that we will maintain close communication with the nations concerned on all issues under the banner of the need for peace and stability in the region through dialogue and cooperation." The presidential office "welcomes" Pelosi's visit to South Korea and hopes to make achievements during her talks with National Assembly Speaker Kim Jin-pyo, the official said. Kim and Pelosi are scheduled to hold talks on Thursday and the two speakers will hold a joint press conference before having lunch together, Kim's office said. South Korean President Yoon Suk-yeol, who is currently on summer vacation, has no plan to meet with Pelosi, the official said. /IANS

PIL before Kerala HC to regulate Bharat Jodo Yatra as traffic snarls mount
Kochi, Sep 20 : The Kerala High Court on Tuesday accepted a public interest litigation seeking the intervention of the court to see that the ongoing B

Putin willing to end war in Ukraine, claims Erdogan
London, Sep 20 : Turkish President Recep Tayyip Erdogan has said that he believes the Russian President is seeking an end to the war he began in Ukrai

Our DNA is same, only our method of worshipping god is different: All India Imam Organisation chief after meeting Mohan Bhagwat.

Our DNA is same, only our method of worshipping god is different: All India Imam Organisation chief after meeting Mohan Bhagwat. […]

RSS chief Mohan Bhagwat visited madrassa on my invitation, interacted with children there: All India Imam Organisation chief to

RSS chief Mohan Bhagwat visited madrassa on my invitation, interacted with children there: All India Imam Organisation chief to […]