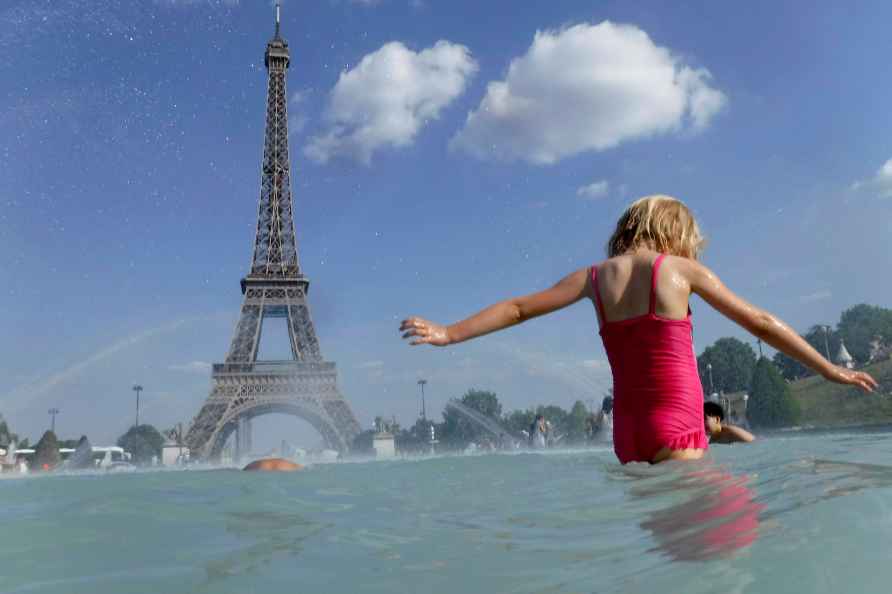 Paris, Aug 3 : Heatwave continues to hit most parts of France this week, triggering a drought alert in the wake of the driest July in more than 60 years, a French daily reported. Wednesday will be the hottest day of the week with temperatures exceeding 40 degrees Celsius in the Mediterranean area of the south, and the heatwave will also spread towards northern France, Xinhua news agency reported, citing Le Figaro newspaper. Five departments in southwestern France have issued an "extreme heat" warning and the whole country is on drought alert following heatwaves and lack of rain, it said. In July, France received "a total of 9.7 millimeters of rainfall on average", making it the driest July since 1959, as well as the fourth hottest month since 1900, the French daily quoted meteorologist Cyrielle Duchesne as saying. Some cities, including Nice and Marseille, did not see a single drop of rain throughout July, the newspaper reported. All 96 departments across Metropolitan France have imposed water restriction measures to combat drought. The population is advised to limit water consumption by avoiding washing their cars at home, watering gardens or filling up private swimming pools. According to the report, August will continue to be hot and dry, apart from occasional rainfalls and thunderstorms. /IANS

CoWIN, Aarogya Setu to be repurposed as India's health application

Lucknow, Sep 26 : Abdul Majeed, a Popular Front of India (PFI) activist, has been arrested by the Special Task Force (STF) of Uttar Pradesh Police. Abdul Majeed is accused of being involved in a […]

Islamabad, Sep 26 : The spread of dengue continues unabated in Pakistan amid an ongoing outbreak blamed largely on deadly floods triggered by heavy monsoon rains since mid-June. In the last 24 h […]

New Delhi, Sep 26 : Mark Russinovich, the chief technology officer of Microsoft Azure, has said that developers must stop writing codes in programming languages C and C++ and the industry should treat […]