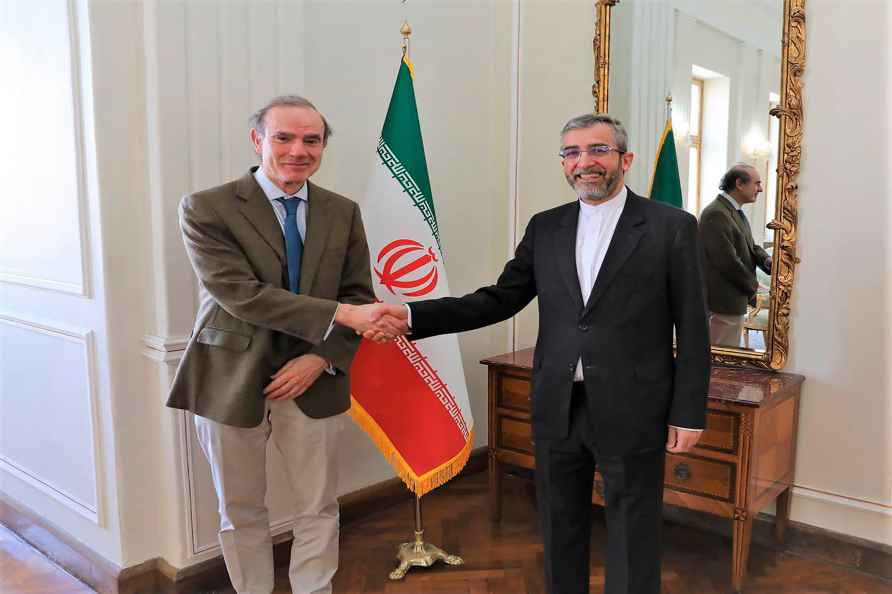 Tehran, Aug 1 : Iran has submitted proposed ideas in "both substance and form" to the other sides of the Vienna talks on reviving the 2015 nuclear deal, to pave the way for the "swift conclusion" of the talks, Iran's top negotiator said. Ali Bagheri Kani, also Deputy Iranian Foreign Minister for Political Affairs, said on Sunday through Twitter that Tehran is ready to conclude the negotiations in a short period provided that the other sides would also be prepared to do the same. Bagheri Kani added that the nuclear talks, which started in the Austrian capital in April 2021, were aimed at "fixing the damaging complicated situation caused by the US unilateral and unlawful withdrawal" from the nuclear agreement, formally known as the Joint Comprehensive Plan of Action (JCPOA), in 2018. He gave the assurance that Iran is working closely with its JCPOA partners, in particular the European Union Foreign Policy Chief and Coordinator of the JCPOA Joint Commission Josep Borrell, to give the US another chance to prove its "good faith" and "act responsibly". Iran signed the JCPOA with world powers in July 2015, agreeing to curb its nuclear programme in return for the removal of sanctions on the country. However, former US President Donald Trump pulled Washington out of the agreement in May 2018 and reimposed unilateral sanctions on Tehran, prompting the latter to drop some of its commitments under the pact, Xinhua news agency reported. The talks on reviving the JCPOA began in April 2021 in the Austrian capital but were suspended in March this year because of political differences between Tehran and Washington. After a three-month pause, the talks resumed in late June in Qatar's capital Doha but failed to settle the differences. /IANS

Panaji, Sep 20 : Goa Chief Minister Pramod Sawant on Tuesday said that the Goods and Service Tax (GST) has transformed tax collection and is taking India towards growth and development. "The GST […]

Kolar (Karnataka), Sep 20 : A Dalit family in Karnataka's Koppal district has been fined Rs 60,000 after its boy entered the temple and touched Hindu god's idol. According to local sources, the […]

Chennai, Sep 20 : If sources in the industry are to be believed, the digital rights of director Mohan Raja's upcoming action entertainer, 'Godfather' featuring Telugu megastar Chiranjeevi and Bollywoo […]