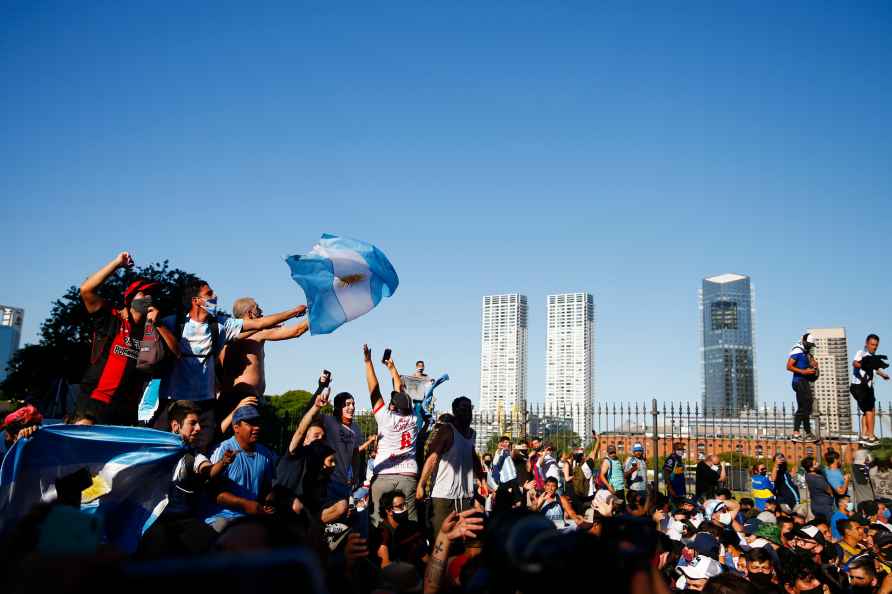 Buenos Aires, July 6 : Veteran Uruguayan striker Luis Suarez has promised to make an imminent decision about his future amid speculation linking him with a move to River Plate. In a conversation streamed on social media, the 35-year-old responded to suggestions that he is in advanced talks with the Argentine giants. "They are saying a lot of things. We'll see. The sooner (it's resolved) the better," Suarez said on Twitch. Suarez is a free agent after parting ways with Atletico Madrid last month, Xinhua reports. He scored 34 goals in 83 appearances across all competitions for the Spanish club following his 2020 move from Barcelona. The No. 9 has also been linked with Juventus, Atalanta, Inter Miami and Barcelona. River Plate manager Marcelo Gallardo said on Sunday that Suarez and Colombia international striker Miguel Borja were on the club's radar following the departure of Julian Alvarez to Manchester City. /IANS

Kolkata, Aug 9 : Bengali stars Sandipta Sen and Ditipriya Roy will be seen in the female centric series titled 'Bodhon'. This series, which will air on hoichoi, explores another gruesome truth t […]

Thiruvananthapuram, Aug 9 : Chief Minister Pinarayi Vijayan on Tuesday approved the extension of suspension of Inspector General of Police G. Lekshmana for another three months. Lekshmana is all […]

New Delhi, Aug 9 : Indian women's hockey team captain Savita Punia has revealed the side was shattered following their loss in the Commonwealth Games semifinal to Australia, but encouraging words from […]

Mumbai, Aug 9 : Ayushmann Khurrana is a music aficionado. The actor says he is always trying to scout for songs and is constantly on the look-out for new music. Ayushmann said: "I have enjoyed m […]