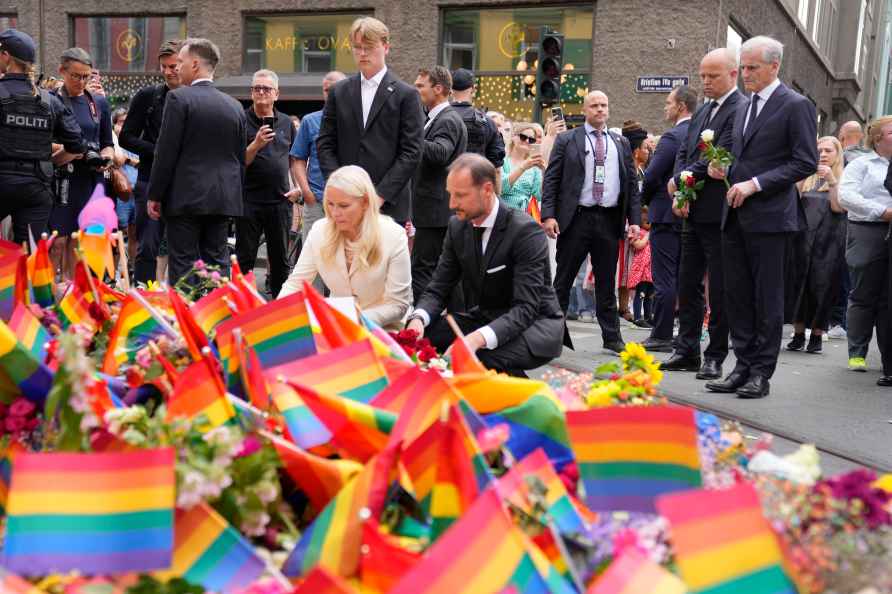 Jaipur, July 6 : An Ajmer man, who announced to give away his house and property as reward to anyone who decapitates suspended BJP spokesperson Nupur Sharma for her controversial remarks on Prophet Muhammad, has been arrested. He was nabbed late on Tuesday night by the Dargah police. Police officials confirmed that Salman is not a religious leader, but a history-sheeter of the Dargah police station and has been a criminal. There are more than a dozen cases registered against him for murder, firing, assault and intimidation. On his mother's complaint, Salman Chishti was arrested by the Dargah police station on charges of breach of peace. He is accused of attempting to evict his mother from the house by intimidating her. Police said that Salman Chishti is a habitual drug addict and made an objectionable post viral in a state of intoxication. "We are investigating if there is someone behind this," they added. /IANS

Rushdie's attacker says he's surprised author survived stabbing
New York, Aug 18 : The man who stabbed Salman Rushdie on stage at an event in New York has said he was "surprised" to learn that the renowned Indian-b