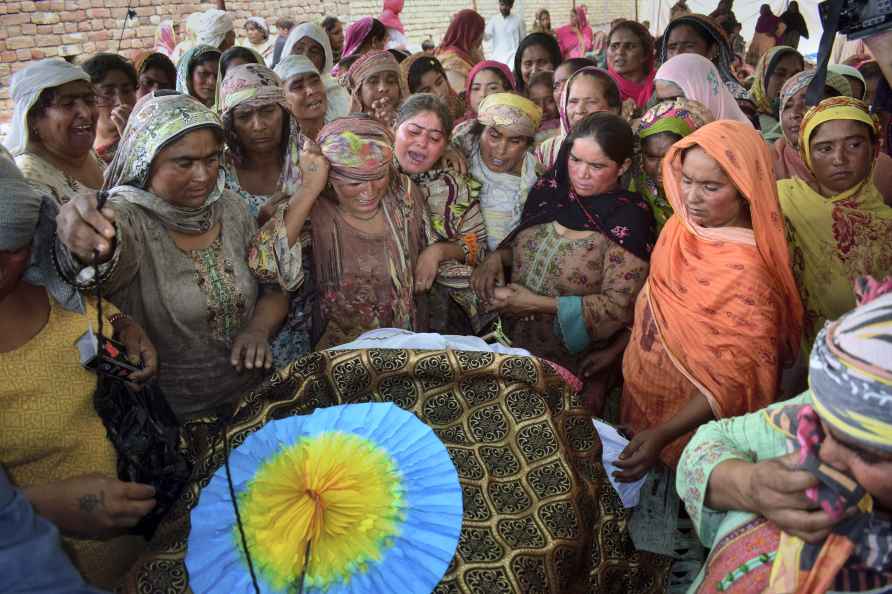 Islamabad, July 6 : Twenty-five people were killed in separate rain-related accidents in Pakistan's southwest Balochistan province, the director-general of the provincial disaster management authority (PDMA) has said. The torrential rains started lashing various districts of the province on Monday and the downpour has continued, resulting in a number of accidents. The provincial capital Quetta declared a calamity-hit area after eight people including kids died in the rain-triggered accidents, Xinhua news agency reported. Director-General Naseer Ahmad Nasar said that over 200 houses were damaged and about 2,000 animals perished in heavy rains. He said that the heavy downpour also caused flash-flooding in large water drainage and inundated several low-lying areas. He added that over 40 people were injured in the rains and the critically wounded people were being treated in various hospitals in the province. According to local media reports, several people including five coal mine laborers, a shepherd with his cattle, and two kids were swept away by flash floods in the province. Rescue and relief operation is underway in the province, with the district administration distributing food items and other necessities to rain-affected families. The monsoon rains are expected to continue till Thursday in various districts of the province, according to the PDMA. /IANS

Acharya Santideva: From a prince to an adept

New Delhi Aug 13 : Santideva was an 8th century Indian philosopher, Buddhist monk, poet and scholar in the erstwhile Nalanda University. The Tibetan historians Buton and Taranatha tell us that S […]

Tourism will take Kashmir to prosperity

Srinagar, Aug 13 : The Union Territory of Jammu and Kashmir is poised to become India's most prosperous and highest foreign exchange earner if all the efforts to exploit its tourism potential proceed […]