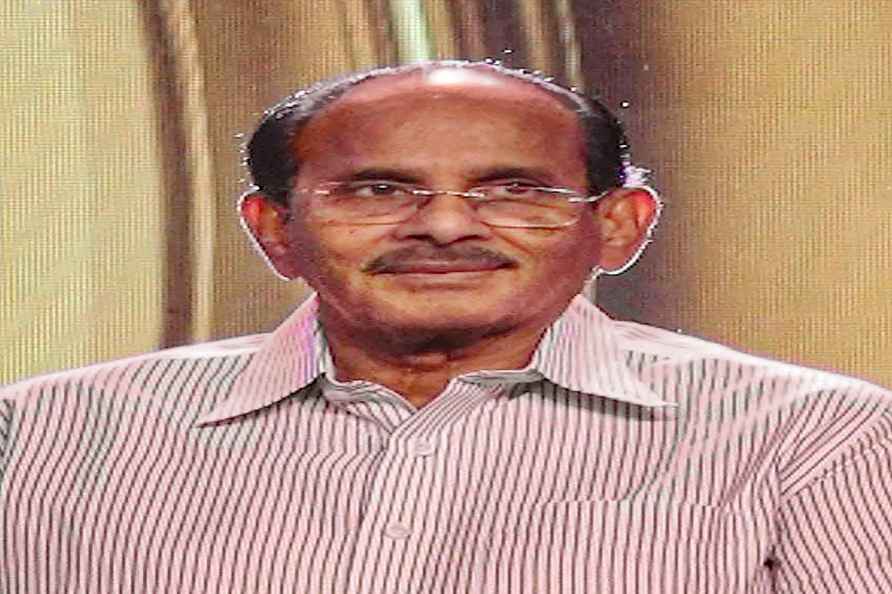 [**EDS: FILE PHOTO** Mumbai: In this Tuesday, July 12, 2017 file photo noted screenwriter V. Vijayendra Prasad attends the ICICI Bank NRI of the Year Awards 2017, in Mumbai. Prasad was on Wednesday nominated to Rajya Sabha by the President. ( /PTI] New Delhi, July 6 : Legendary athlete P.T. Usha, iconic music composer Ilaiyaraaja, noted philanthropist Veerendra Heggade and acclaimed screenwriter-director K.V. Vijayendra Prasad were on Wednesday nominated to the Rajya Sabha. Incidentally, all the four members nominated to the Rajya Sabha are from southern states. While Usha is from Kerala, Ilaiyaraaja hails from Tamil Nadu, Heggade belongs to Karnataka and Prasad is from Andhra Pradesh. Government sources said that the Rajya Sabha nominations is another instance of the Narendra Modi-led government recognising outstanding Indians who have made a mark in diverse fields. The four nominated members have had illustrious careers in their respective fields and received national and global recognition for their contributions. "The four nominated representatives represent various southern states and expand the region's representation in the Upper House. The Modi government has consistently ensured adequate representation of various under-represented groups. The four nominated members include a woman, a Dalit, and a member of a religious minority (Jain community)," the sources said. Usha, a celebrated athlete born in a small village in Kozhikode district in Kerala, is one of India's most iconic sportspersons. She has been a role model and inspiration for lakhs of young girls across the country who have dreamt of taking up a career in sports, especially track and field events. Popularly known as the 'Payyoli Express, Usha has won medals for the country at various international sporting events, including the World Junior Invitational Meet, Asian Championships and Asian Games. She has set and broken many national and Asian records during her career. At the 1984 Los Angeles Olympics, she missed winning India's first medal in a track and field event at the Games in a photo-finish as she stood fourth in women's 400m race, missing out on a bronze by 1/100 second. Post-retirement, she started the Usha School of Athletics, which offers world-class facilities to talented youngsters. Usha is a recipient of the Arjuna award and the Padma Shri. Born in a Dalit household at a village in Madurai district, Ilaiyaraaja is regarded as one of India's greatest music composers. During his long career, Ilaiyaraaja had to face innumerable hardships and caste-based discrimination. However, he overcame all such hurdles and emerged as one of the country's leading music composers. In a career spanning more than five decades, Ilaiyaraaja has composed over 7,000 songs for more than 1,000 films and performed in more than 20,000 concerts across the globe. In 2018, he was honoured with the Padma Vibhushan award. He has also been awarded with Padma Bhushan. Veerendra Heggade has served as the 'Dharmadhikari' of the Dharmasthala Temple in Karnataka since the tender age of 20. He has been a devoted philanthropist for more than five decades. He has led various transformative initiatives for rural development and promotion of self-employment. He established the Rural Development and Self-employment Training Institute (RDSETI) to spread awareness about self-employment opportunities and train rural youth. Heggade has also conceptualised the Shri Kshethra Dharmasthala Rural Development Project, an initiative for inclusive rural development and self-employment in Karnataka. Currently, the project has more than six lakh SHGs and over 49 lakh members. He also heads the Shri Dharmasthala Manjunatheswara Educational Trust, which provides quality and affordable education through more than 25 schools and colleges. He was awarded the Padma Vibhushan in 2015. Vijayendra Prasad is an acclaimed screenwriter and film director, who has penned the scripts of many prominent Telugu and Hindi movies. His notable works include some of the highest-grossing Indian movies such as 'RRR', the 'Baahubali' series, and 'Bajrangi Bhaijaan'. Some of the movies he wrote have transcended sharp regional boundaries and become blockbusters across the country. /IANS