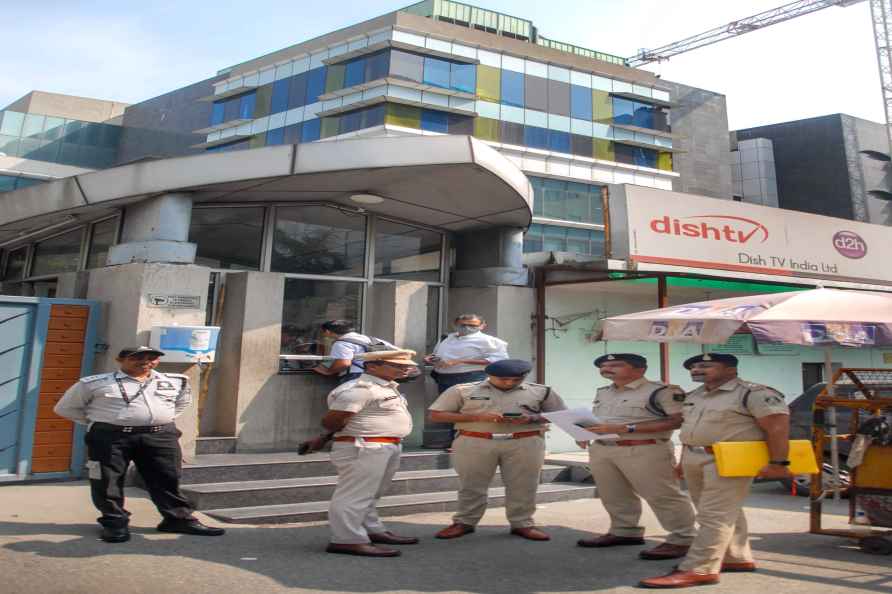 [Noida: Chhattisgarh Police personnel give a notice to the local police in the Sector 20 Police Station regarding the arrest of Zee News anchor Rohit Ranjan, in Noida, Wednesday, July 6, 2022. ( /PTI] New Delhi, July 6 : The Supreme Court on Wednesday agreed to examine a plea by news anchor Rohit Ranjan challenging multiple FIRs registered against him over an alleged doctored video of Rahul Gandhi's speech. Senior advocate Siddharth Luthra mentioned Ranjan's plea before a vacation bench comprising Justices Indira Banerjee and J.K. Maheshwari and urged the court to urgently hear the matter. Luthra contended that his client made an error during a show and he later apologised for it. However, multiple FIRs have been registered against him in connection with the show. Luthra submitted before the bench that the Chhattisgarh Police were trying to arrest him and he was arrested by the Noida Police on Tuesday and later released on bail. After hearing brief arguments in the matter, the bench agreed to list the matter on Thursday. The advocate-on-record (AoR) clarified that the petition was yet to be filed. The bench said, "We should have been told that the matter has not been filed. This is no ground. This court is going to take a very strong view." Ranjan, was seen anchoring with a 'doctored' video clip of Congress leader Rahul Gandhi, in which the latter was heard calling the Udaipur attackers as 'children', justifying the heinous killing of tailor Kanhaiya Lal. However, the original video had Rahul Gandhi's comments on the SFI attack at his Wayanad office, which was "deliberately and mischievously" doctored to make it appear as if it was a comment on the heinous murder of Kanhaiya Lal. /IANS