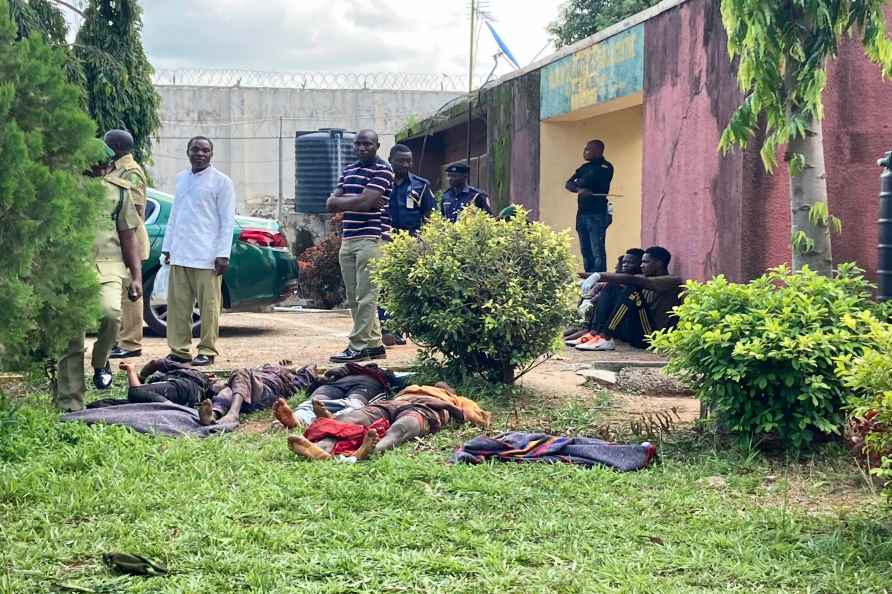 [Kuje: Recaptured inmates lie on the ground in front of the Kuje maximum prison following a rebel attack in Kuje, Nigeria, Wednesday, July 6, 2022. At least 600 inmates escaped in a jailbreak in Nigeria's capital city, officials said Wednesday, blaming the attack on Islamic extremist rebels. About 300 have been recaptured, authorities said. /PTI] Abuja, July 6 : Nigerian government on Wednesday said at least 300 inmates were on the run after unknown gunmen attacked a jail in the capital city Abuja. The attackers stormed the Kuje Custodial Center in Abuja on Tuesday night, Xinhua news agency reported. The attackers freed about 600 inmates but half the number of fleeing inmates were re-arrested, Shuaibu Belgore, the permanent secretary of the Ministry of Interior, told reporters during a visit to the facility on Wednesday. /IANS

Saurav Ganguly at an event in Kolkata