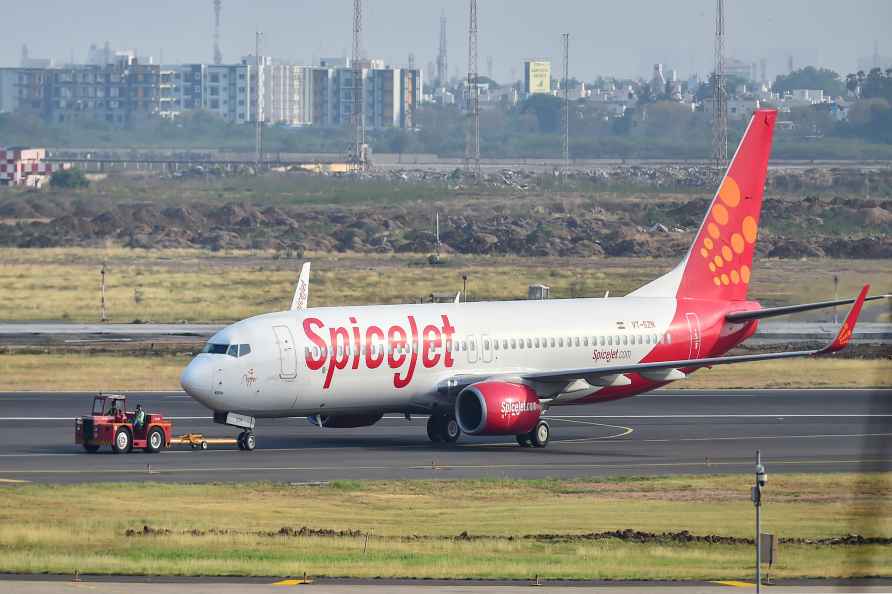 [**EDS: FILE IMAGE** Chennai: In this Monday, May 25, 2020 file photo a SpiceJet plane is seen at the Chennai airport. Aviation regulator DGCA on Wednesday issued a show cause notice to SpiceJet following eight technical malfunction incidents in the last 18 days. ( /PTI] Chennai, July 6 : Holding that SpiceJet Ltd has failed to establish a safe air service due to degradation of safety margin in wake of several incidents since April 1, regulator, the Directorate General for Civil Aviation (DGCA), issued a show cause notice to the airline. Tweeting the show cause notice, Civil Aviation Minister Jyotiraditya M Scindia said: "Passenger safety is paramount. Even the smallest error hindering safety will be thoroughly investigated & course-corrected". Pointing to several instances of SpiceJet's aircraft returning to its originating station or landing at the destination with degraded safety margin, the DGCA, in its notice, said these are due to "poor internal safety oversight and inadequate maintenance actions". The Indian aviation sector regulator said as per the financial assessment carried out by it in September 2021, SpiceJet has been on a 'cash and carry system' by its vendors as they were not being paid on regular basis resulting in shortage of spares. It has given three weeks to SpiceJet to respond as to why action should not be taken against it. /IANS