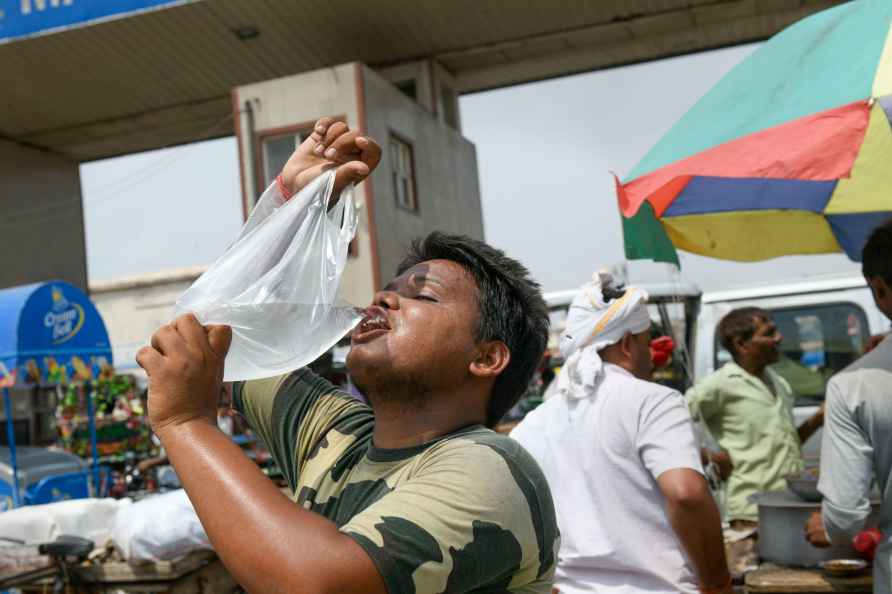 New Delhi, July 5 : The National Green Tribunal (NGT) has directed a joint committee of pollution control bodies to hold a meeting to consider the operation of the Ghazipur abattoir which had closed down in May due to environmental violations. Meanwhile, the sole legal slaughterhouse to butcher buffaloes, sheep, and goats in the national capital, will remain shut. The tribunal headed by NGT chairperson Justice Adarsh Kumar Goel was dealing with a review plea challenging the earlier order of May 13, in which the green court put a stay on the slaughterhouse over illegal extraction of groundwater, among other green violations. The petitioner argued that the closure of the facility will lead to the illegal slaughtering of animals in view of approaching Eid-ul-Zuha on July 10. It also said that on account of the non-functioning of slaughterhouse, 70 per cent of meat shops have been closed adversely affecting 60,000-80,000 workers. Directing the Joint Committee of Central Pollution Control Board and Delhi Pollution Control Committee to hold the meeting expeditiously to consider the operation of the plant as per modified consent conditions, the bench, in Monday's order, said: "If any deficiency remains, compliance thereof be ensured in a time-bound manner. Groundwater extraction may be as per valid statutory permissions." The tribunal also partly modify the direction requiring the adoption of a zero liquid discharge (ZLD) system as a condition for the operation of the plant considering the proposal for a legitimate source of water through the permitted borewells with proposed treatment and recirculation of treated water except for direct contact of meat. "..in case entire treated water is not utilized within the plant, there should be a proper destination for use of such treated water by the MCD for gardening etc., which should be part of consent terms. Only potable water may be used for washing of meat etc. and for drinking purposes," the tribunal directed. /IANS

Ballia, Aug 14 : A man slit the throat of his sister's sister-in-law in Baheri village in Uttar Pradesh's Ballia district and later, surrendered to the police. Dilshad's sister was in love with […]

Lucknow, Aug 14 : The Uttar Pradesh ATS has arrested one Saifullah for his alleged links with Jaish-e-Mohammad. Saifullah was arrested from Kanpur on Sunday on a tip off provided by Mohammad Nad […]