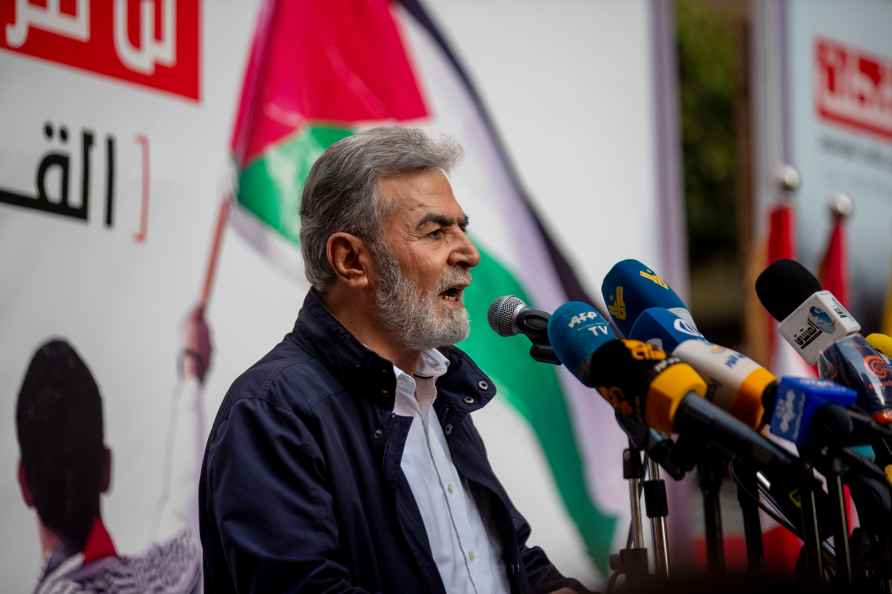 Beirut, July 5 : Lebanese Prime Minister-designate Najib Mikati expressed his opposition in taking unofficial actions to deal with the maritime border demarcation issue with Israel. "Lebanon considers that any action outside the diplomatic context pursued by the government to settle maritime border demarcation with Israel is unacceptable and exposes the country to unnecessary risks," a statement issued by the Council of Ministers quoted Mikati as saying during a meeting on Monday with Foreign Minister Abdallah Bou Habib. The Prime Minister-designate made the remarks after Hezbollah launched three unarmed drones on July 2 on a reconnaissance mission toward the Karish gas field in the eastern Mediterranean, which Israel claims is within its economic zone while Beirut says it is located in disputed waters. The Lebanon-based militant group said it sent the drones to convey a message that the Shia group has the "military and logistical capacity" to prevent Israel from extracting gas from the gas field. In his remarks on Monday, Mikati called on all parties to "show a spirit of great national responsibility and abide by the state's negotiation procedure". He also reaffirmed Lebanon's support for US Energy Envoy Amos Hochstein's efforts to reach a solution on maritime border demarcation with Israel that protects his nation's full rights. Lebanon and Israel are embroiled in a maritime border dispute that has lately intensified after Israel sent a vessel operated by Energean, a London-based oil and gas production company, to the Karish field on June 5. Lebanese authorities are currently seeking to revive indirect talks with Israel on maritime border demarcation, which were halted after Beirut expanded its claim in territorial waters to include at least a part of the Karish oil field. /IANS