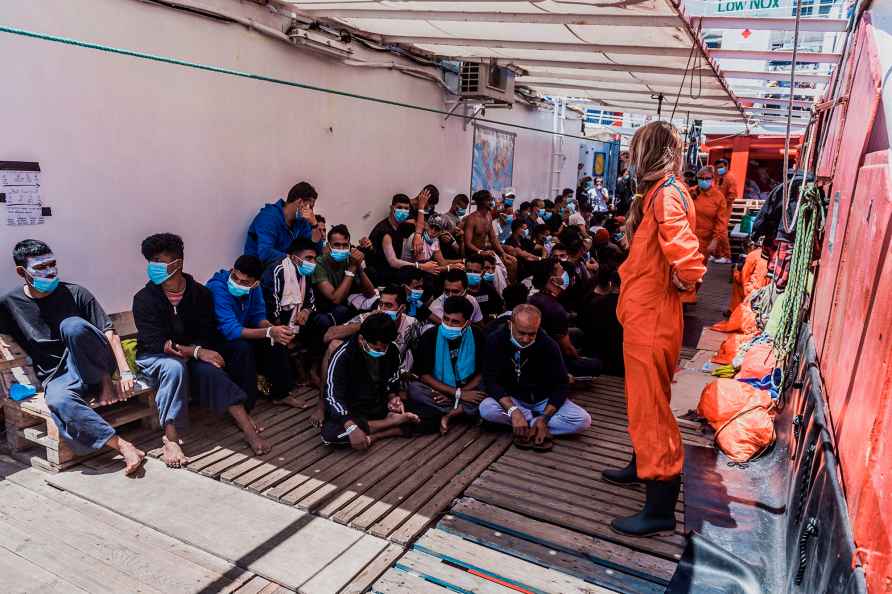 Chennai, July 3 : With over 50 per cent of its flights not operating on time, hundreds of passengers of IndiGo Airlines across the country faced a tough time on Saturday. According to the Ministry of Civil Aviation, IndiGo Airlines operated only 45.2 per cent of its flights on time on Saturday. Curiously, the number of grievances received by the government against IndiGo on Saturday was only six. It is said, large number of IndiGo's cabin crew on Saturday reported sick allegedly to attend the recruitment interview of Air India. If that is the case, the recruiter should also look at the prospective staff's attitude before hiring them, is one view. The Ministry of Civil Aviation has called for an explanation from IndiGo for the huge flight delays. IndiGo has not issued any statement on the delay of its several flights. /IANS

Athletics competition in the Olympic Stadium

The Women's heptathlon athletes celebrate after their last event during the athletics competition in the Olympic Stadium at the European Championships in Munich, Germany, Thursday, Aug. 18, 2022. /AP […]

81% Indians believe their jobs can be done remotely: Report

New Delhi, Aug 18 : A whopping 81 per cent of employees in India believe that their jobs can be done remotely, according to a survey on Thursday. The PwC's India Workforce Hopes and Fears Survey […]