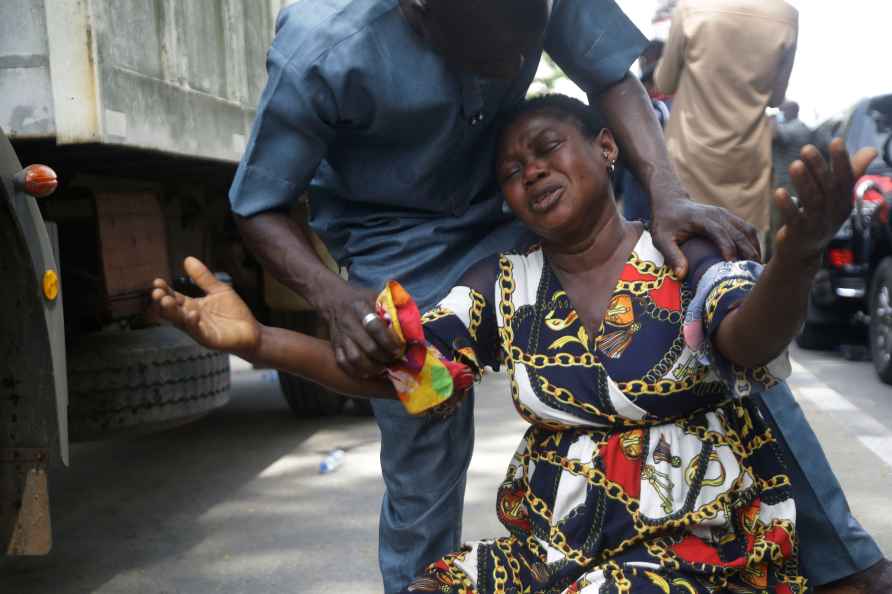 Imphal, July 3 : The death toll in Thursday's devastating landslide at a railway construction site in Manipur's Noney district increased to 37, including 24 Territorial Army soldiers, as more bodies were recovered on Sunday, while search operations were underway amid hostile weather conditions to locate 28 missing people, officials said. Chief Minister N. Biren Singh and district officials also said that another massive landslide devastated Sibilong in the same district early on Sunday. Official reports said that landslides triggered by the incessant rains also occurred on Saturday night in western Manipur's Tupul, where around 80 persons, including Territorial Army personnel, were buried alive after Thursday's catastrophic mudslide. The Chief Minister on Sunday visited the Army hospital and spent some times with the jawans injured in the Tupul landslide. He announced Rs 50,000 ex gratia to each jawan and wished them speedy recovery. Due to continuous heavy downpour and landslides, multiple road blockades occurred at Nungdolan, Nungkao and Sibilong on the National Highway 37. Authorities concerned have been informed to clear the road, Biren Singh said urging the people to take care and avoid NH 37 for time being. Defence spokesman Lt Col Angom Bobin Singh said that despite extreme bad weather, intensive search operations by Indian Army, Assam Rifles, Territorial Army, National and State Disaster Response Forces continued at the incident site at Tupul. The "Through Wall Radar" and search and rescue dogs were inducted to hasten the search operation, he said adding that 13 Territorial Army personnel and five civilians were rescued. Relentless efforts to search for the remaining seven missing Territorial Army personnel and 21 civilians would continue till the last individual is found, the Defence spokesman said. Meanwhile, experts said that Noney district is an earthquake-prone zone and several high and moderate intensity tremors have occurred in the areas earlier. The district administration again on Sunday cautioned civilians living in downstream areas of the Ijei river to evacuate due to the likelihood of breach in the dam created on the river by the landslide. /IANS

Over 200 major glaciers disappear in Italy due to climate change: Research
Rome, Aug 11 : More than 200 major Alpine glaciers have disappeared in Italy since record-keeping began in 1895, the country's environmental lobby gro

9 dead, 7 missing in record rainfall in S.Korea
Seoul, Aug 10 : Nine people have been confirmed dead and seven others remain unaccounted for in this week's record rainfall that battered Seoul and So