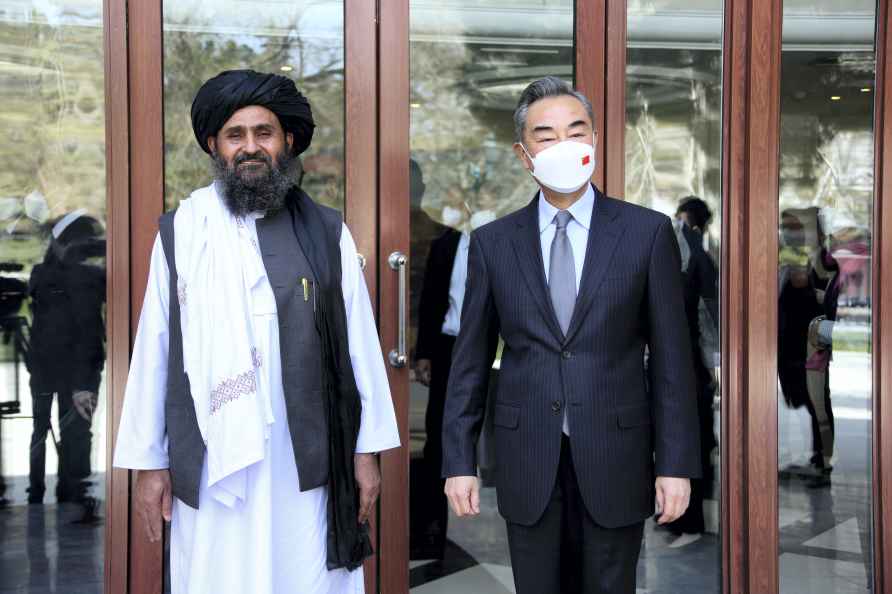 Kabul, July 1 : Taliban supreme leader Haibatullah Akhundzada attended the ongoing Loya Jirga or grand assembly of Afghan religious scholars and elders in Kabul on Friday. According to local media reports, the Taliban supreme leader would deliver a speech to the participants, reports Xinhua news agency. About 3,500 ulema or religious scholars, according to the state-run Bakhtar news agency, have been invited from across the war-torn country to attend the three-day gathering, which opened on Thursday. According to the Taliban-led administration, the Jirga allows people of Afghanistan and even representatives of Iran and Pakistan-based Afghan refugees to attend the grand assembly. Some 70 personalities representing Afghan refugees in Pakistan and about 30 others from refugees living in Iran are in attendance. Participants of the jirga are expected to discuss a series of issues, including reopening schools for girls from classes 7-12, the type of government, national flag and national anthem. /IANS

New Delhi, Aug 13 : On Saturday, 325 kg of explosives was brought to Noida amid tight security to be used in the August 28 demolition of the Supertech twin towers. This will reportedly be done u […]