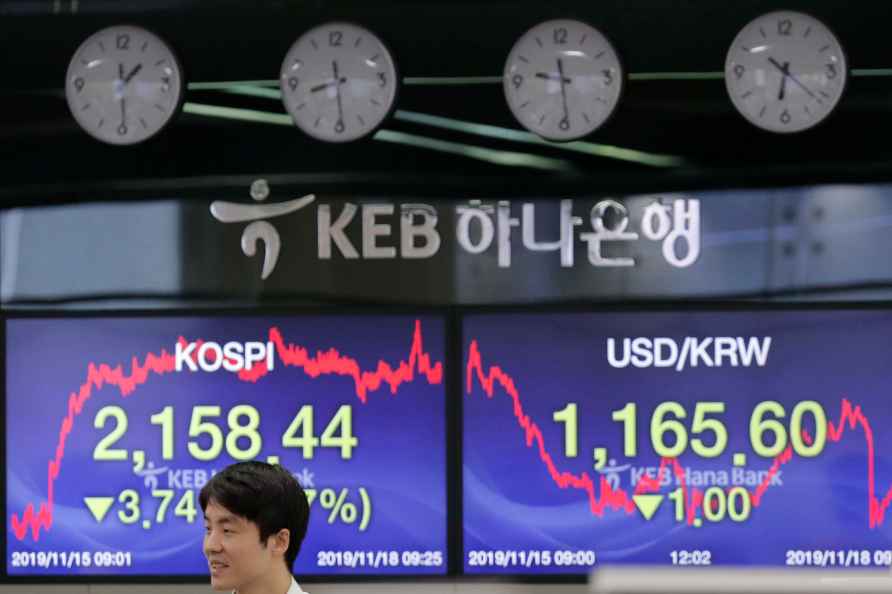 Washington, July 1 : US stocks have seen their worst first half of a year since 1970, as concerns grow over how steps to curb inflation will affect economic growth. In the last six months, the benchmark S&P 500 index fell 20.6 per cent, while other major US indexes also dropped sharply, the BBC reported. Stocks in the UK, mainland Europe and Asia have also suffered steep losses. It comes as central banks around the world are trying to rein in soaring living costs, with prices of essential goods like food and fuel jumping. Some economists expect the US, which is the world's biggest economy, to go into a recession as early as this year as interest rates continue to rise. "If the US Federal Reserve continues hiking rates the stock market will react quite negatively," Dan Wang, chief economist at Hang Seng Bank China. Another major US stock index, the Dow Jones Industrial Average fell by more than 15 per cent in the first half of this year, the biggest drop for the period since 1962, the BBC reported. At the same time the technology-focussed Nasdaq Composite lost almost 30 per cent, marking its largest ever percentage drop for the first half of a year. Major stock market indexes outside the US have also fallen sharply this year. The UK's FTSE 250 has dropped by more than 20 per cent, while Europe's Stoxx 600 index has slipped by almost 17 per cent and the MSCI index of Asia-Pacific markets has fallen by more than 18 per cent. It comes as many of the world's biggest central banks take steps to slow the rising in the cost of living, including raising interest rates. /IANS

US Speaker Pelosi assures Taiwan of Washington's support
[In this photo released by Taiwan's Ministry of Foreign Affairs, U.S. House Speaker Nancy Pelosi, top, and other members of her delegation wave as the

Vaccine approved for at-risk Australians younger than five amid Covid surge
Canberra, Aug 3 : At-risk Australian children as young as six months will be eligible for coronavirus vaccines from September as the country continues