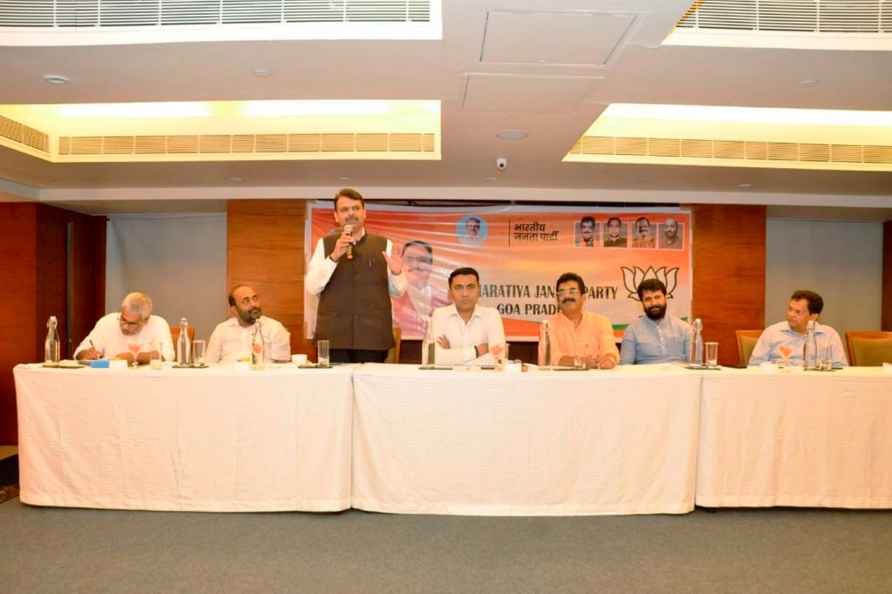 Panaji, June 30 : Goa Chief Minister Pramod Sawant on Thursday said that the state needs skill development institutions in various fields. He said that the government is contemplating upgrading engineering colleges and also the Directorate of Technical Education not just in terms of infrastructure but also skill development. The Goa Chief Minister said this while speaking at the inauguration of FSAI's Skill Development Centre (FSDC) started by the Fire and Security Association of India (FSAI) at Ponda in South Goa. "The government is making all out efforts to develop the manpower of the state into skilled manpower with the help of IIT, NIT, GIM, BITS Pilani and other engineering colleges," he said. Sawant said Prime Minister Narendra Modi has given a call for 'New India' formation for which futuristic education needs to be planned. He sought support and cooperation of the people and institutions to achieve this goal. The Chief Minister has urged the FSAI to start the courses given through FSDC at Industrial Training Institutes of the state government. "The government will consider giving preference to the candidates who have completed this type of government-approved courses in the Fire and Emergency Department. For that, recruitment rules will also be changed in the future," he said. /IANS

Rakesh Jhunjhunwala, an ace investor with compassion towards the society at large: Prakash, Star Health
By Venkatachari Jagannathan Chennai, Aug 14 : He was not just an investor expecting to rake in returns but an investor who wanted to do good to the