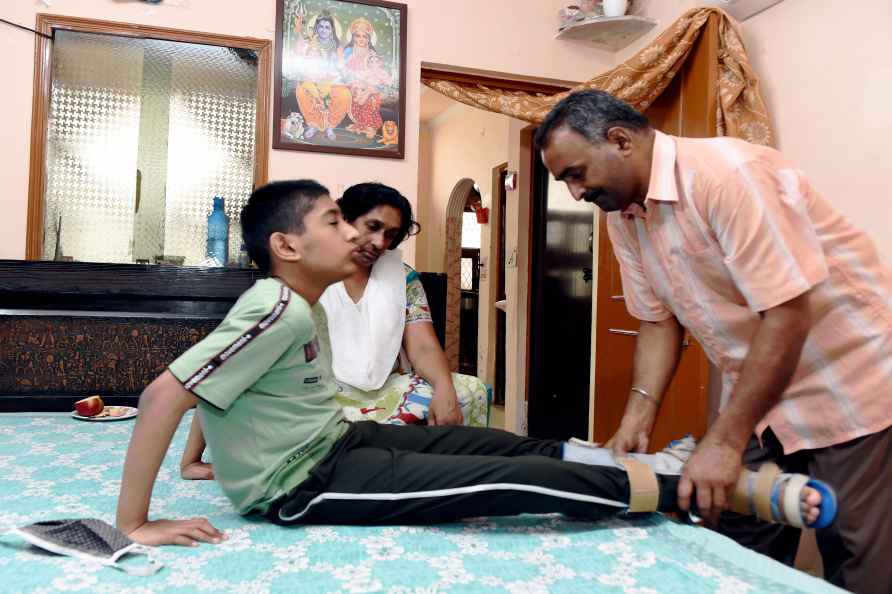 Mumbai, June 30 : Actress and former girlfriend of Indian cricketer Rohit Sharma, Sofia Hayat earlier informed her fans that she will be fasting for 21 days to explore her previous life and get connected to her soul. However, she is now hospitalised in Spain. Sofia followed the ritual of fasting as a spiritual practice. However the fasting process didn't suit her and she got hospitalised after her body salt lever dropped and she felt dizzy. She says: "I'm all alone, my family is not here with me. I need love as the doctor has said my life is in danger. I had also practiced fasting even before. And it has helped me to meet my previous births and realised that God is around me. Positive energies are helping me to pursue the fasting ahead." In June 2016, Sofia announced that she had embraced spirituality and become a nun. She adopted the name Gaia Sofia Mother. Sofia has featured in 'Bigg Boss 7' and hosted 'Superdude'. Later, she appeared in 'Welcome - Baazi Mehmaan Nawazi Ki' and 'Comedy Nights Bachao'. /IANS

Subhash Ghai launches his latest patriotic track 'Tiranaga'
Mumbai, Aug 16 : Filmmaker Subhash Ghai has released a patriotic song, titled 'Tiranaga' which is composed and written by him. He shared that it was a

Doja Cat claps back at trolls for criticising her shaved head

Los Angeles, Aug 16 : Singer Doja Cat has clapped back at trolls for criticising her decision to shave her head and eyebrows. The singer, 26, fired back at trolls via Twitter, telling haters: "G […]

DW BUREAU / Chandigarh To give a boost to water conservation and environment in city, Sh. Banwarilal Purohit, the Governor of Punjab and Administrator, UT, Chandigarh on Monday inaugurated 1st Amri […]