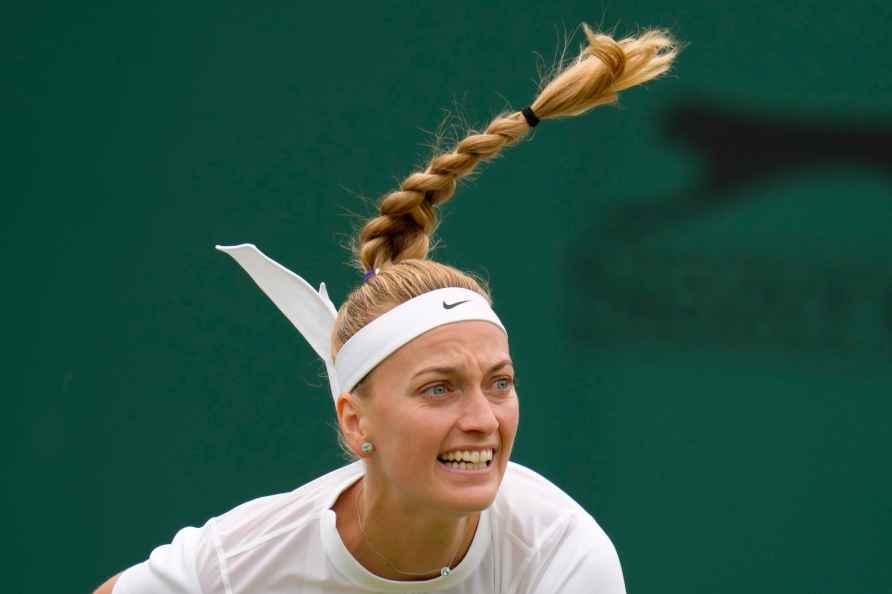 Petra Kvitova of the Czech Republic serves to Romania's Ana Bogdan in a women's singles second round match on day four of the Wimbledon tennis championships in London, Thursday, June 30, 2022. /AP-PTI

Los Angeles, Aug 16 : Hollywood star Idris Elba is reported to have walked away from talks to be the next James Bond after being named favourite to replace Daniel Craig. Elba is instead reported […]

Mumbai, Aug 16 : Playback singer Arjun Kanungo, who is known for the track, 'Baaki Baatein Peene Baad' recently tied the knot with his long-time partner Carla Dennis, who hails from South Africa. On t […]

Kolkata, Aug 16 : The Central Bureau of Investigation (CBI) and Enforcement Directorate (ED) have found that three shell companies run by three men were used to divert the proceeds of crime in the cat […]