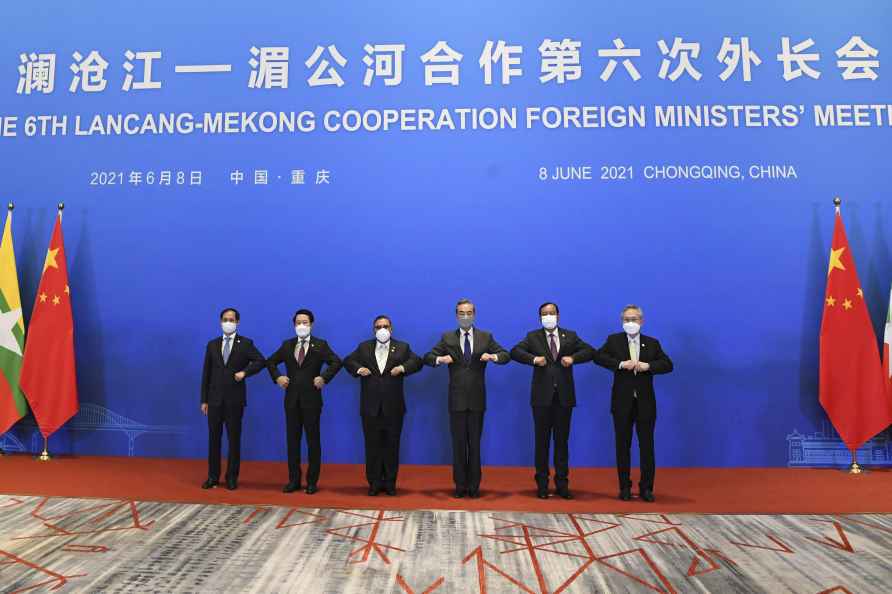 Bucharest, June 28 : Romania's President Klaus Iohannis has reiterated his country's support for Serbia's European Union (EU) integration process. Iohannis told visiting Serbian Foreign Minister Nikola Selakovic that Romanian authorities were ready to contribute technical expertise to their Serbian counterparts, Xinhua news agency reported. During their meeting, Iohannis and Selakovic exchanged views on the security situation in Europe and highlighted their common interest in ensuring regional stability and helping the Western Balkan states advance on their EU path. Iohannis said he appreciated the recent signing of an agreement between the two governments on connecting the Timisoara-Moravita motorway in Romania with the Belgrade-Vatin highway in Serbia. He also highlighted the importance of stimulating dialogue and cooperation in areas of common interest. During their meetings with Selakovic, Romanian Prime Minister Nicolae Ciuca and Foreign Minister Bogdan Aurescu also reaffirmed their country's commitment to supporting the advancement of Serbia's EU accession process. Ciuca said that Bucharest was in favor of a balanced process based on the candidate countries' merits. Selakovic thanked his hosts for their support. "In particular, I want to express my thanks to Romania that supports the territorial integrity of the Republic of Serbia and the respect of the rights of the Serbs in Kosovo," the Foreign Minister told journalists. /IANS

CBI raids Manish Sisodia's residence, 21 other locations
New Delhi, Aug 19 : The Central Bureau of Investigation (CBI) on Friday was raiding 21 locations in Delhi and six other states, including the residenc

Kosovo-Serbia crisis talks in Brussels end without breakthrough
Brussels, Aug 19 : Leaders of Kosovo and Serbia have failed to find a solution at a crisis meeting held in Brussels to ease heightened tensions betwee

US judge leans toward disclosure of document behind Mar-a-Lago search
Miami, Aug 19 : A federal judge in Florida said he is likely to order the release of a key court document behind the search of former US President Don

Brussels, Aug 19 : Leaders of Kosovo and Serbia have failed to find a solution at a crisis meeting held in Brussels to ease heightened tensions between the two Western Balkan nations. "Today the […]