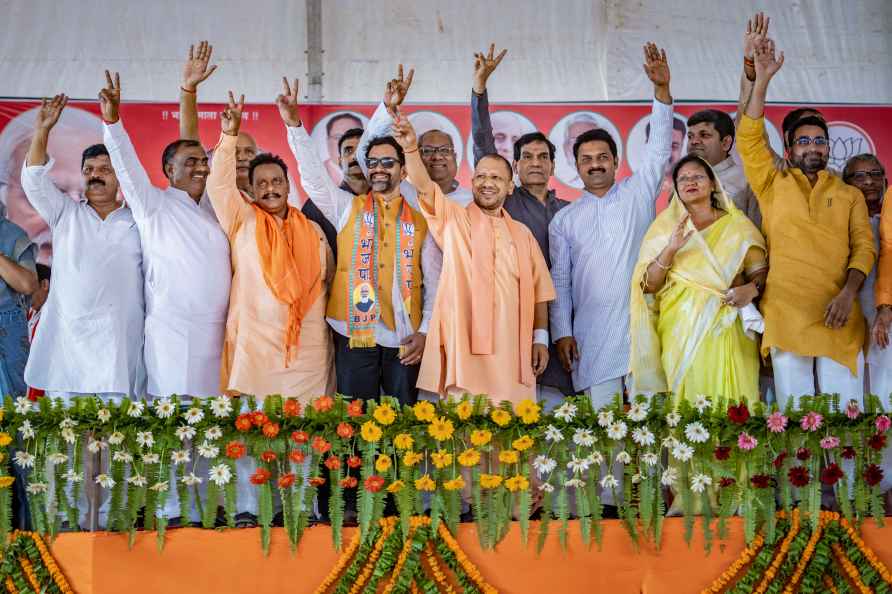 Lucknow, June 26 : The Samajwadi Party's (SP) Dharmendra Yadav was leading after the first round of counting of votes on Saturday for the Lok Sabha by-elections. Asim Raja, the SP candidate in Rampur, was trailing behind Ghanshyam Lodhi of the BJP. Counting of votes in Azamgarh was delayed following a dispute between the district administration and Yadav over allowing entry into the strong room where EVM machines were kept. BJP spokesman S.N. Singh said that this was the initial trend and the BJP would win both seats. /IANS

'There will be blood on streets,' Google execs warn employees about layoffs

San Francisco, Aug 13 : As Big Tech companies begin to lay off employees in the global economic downturn, Google executives have reportedly warned workers to either boost performance or prepare to lea […]

Srinagar, Aug 13 : The Jammu and Kashmir government on Saturday sacked four officials, including JKLF terrorist Bitta Karate's wife and the son of Syed Salahuddin, the chief commander of Hizbul Mujahi […]