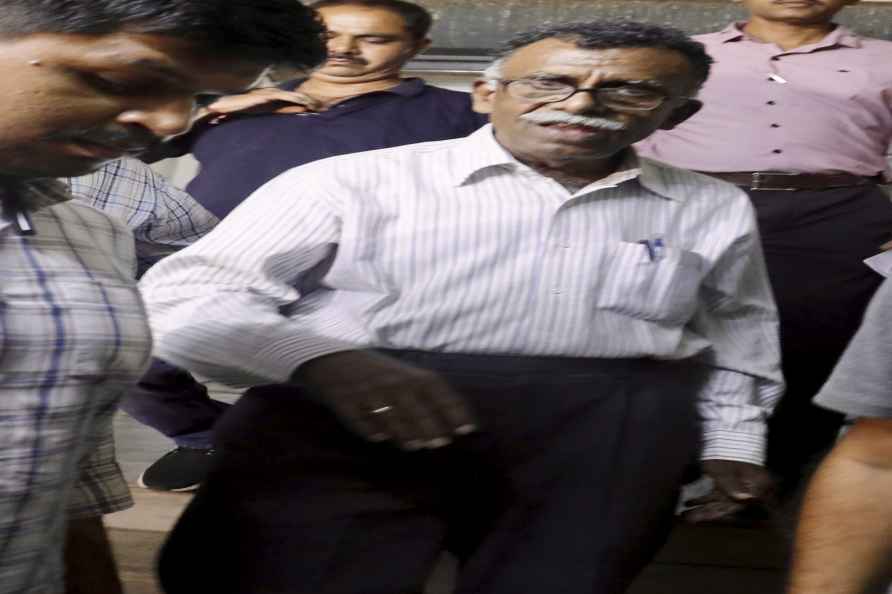 [Ahmedabad: Former Gujarat DGP R B Sreekumar after Crime branch officials produced him at Metropolitan Magistrate Court, in Ahmedabad, Sunday, June 26, 2022. Sreekumar has been accused of abusing the process of law by conspiring to fabricate evidence in an attempt to frame innocent people for an offence punishable with capital punishment in connection with the 2002 Gujarat riots. ( /PTI] Ahmedabad, June 26 : Gujarat Director General of Police Ashish Bhatia has constituted a Special Investigation Team (SIT) under Deputy Inspector General Dipan Bhadaran to probe allegations of forgery and conspiracy against former DGP R.B. Sreekumar, former IPS officer Sanjiv Bhatt and activist Teesta Setalvad. After a criminal complaint was filed with the crime branch on Saturday evening, former DGP Sreekumar was arrested from Gandhinagar while Teesta was picked up from Mumbai and arrested on Sunday morning in Ahmedabad. Both were produced before the Additional Chief Metropolitan Magistrate court on Sunday, where the crime branch demanded 14 days of remand for them. Before producing them before the court, Crime Branch Deputy Commissioner Chaitainya Mandlik told the media, "Police will investigate conspiracy angle, it will check their bank transactions and other documents. Police will also investigate into who were behind them and instigating them for legal processes." When Teesta was picked up from her residence, no documents or any other things were seized or recovered. If she has any complaint with the police, she will have an opportunity to complain before the magistrate court, when she is produced, said the officer. "Police will investigate financial transactions, whether there is any foreign funding to the NGO run by Teesta Setalvad and it will even investigate whether any politicians were behind instigating Teesta and the two police officers. If any foreign funding issues are revealed during investigation, if required even the Enforcement Directorate (ED) will be informed about such transactions," the officer added. When Teesta was being taken to the Metro court in Ahmedabad, she said, "I am not a criminal." /IANS