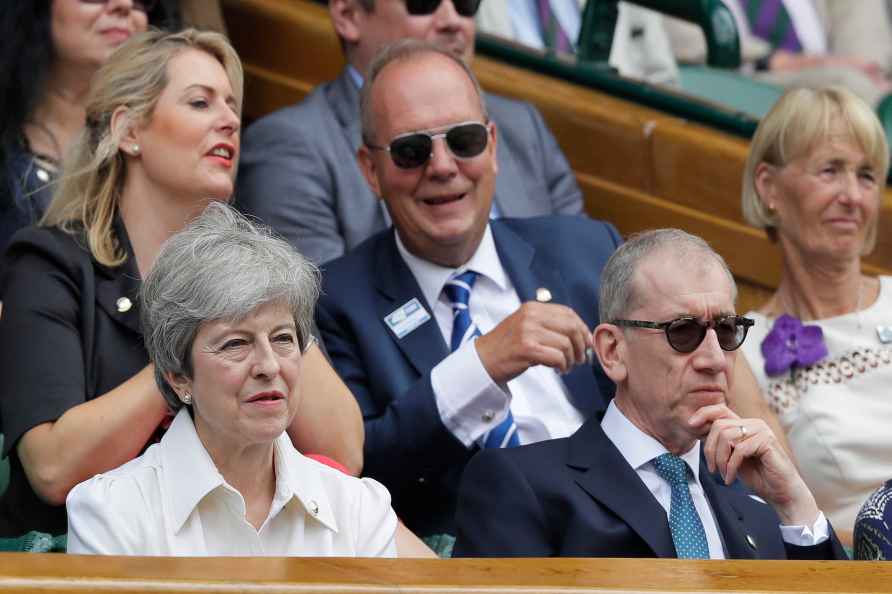 London, June 26 : Several top women's tennis players, including Serena Williams, world No. 1 Iga Swiatek of Poland and the reigning US Open champion Emma Raducanu, have said they draw inspiration from Spanish stalwart Rafael Nadal, who, at 36, is coming into Wimbledon after winning this year's first two Grand Slams. Never before has Nadal entered Wimbledon after winning the year's first two majors. But with the 2022 Australian Open and French Open titles in the bag, a trophy in his 15th Wimbledon would put him on the brink of the Grand Slam -- winning all four majors in the same year. That feat has never been achieved in men's singles since Rod Laver in 1969 but Nadal, following an outstanding year so far, is being touted as the one to go the distance. "He's (Nadal) done a lot in 2022. He's been busy," Serena, the winner of 23 majors in singles, said in her Wimbledon pre-tournament press conference on Saturday. "I've always been a Rafa fan... so obviously I'm always rooting for Rafa. He's been really inspiring in everything that he's done this year. And he has a lot more to do," Serena was quoted as saying by atptour.com. The 40-year-old Serena, who is returning to her first competitive singles match since last year's Wimbledon, is eager to join Nadal among this season's Grand Slam champions. World No. 1 Iga Swiatek, who bagged the French Open singles title earlier this month, is also impressed with Nadal. The Pole enters Wimbledon on a 35-match winning streak after winning her second Roland Garros title. She also reached the semifinals at the Australian Open, where she was able to watch Nadal's five-set comeback win against Russia's Daniil Medvedev. "I watched the Australian Open final live and I could see how much work he's putting (in)," she said. "Sometimes when he's not even playing his best tennis, how he's coming back, finding solutions on court, it's a great inspiration. "For sure, the way he's coping with (the foot)) injury and the pain that he has, it's just the example of how the best kind of athletes deal with that. It's just really inspirational. Only Rafa could do it, you know?" Reigning US Open champion Emma Raducanu of Great Britain said watching Nadal practice on court in itself is a great inspiration. "I'm 19... just to be watching Rafa and Novak (Djokovic) at such close range, to be able to take part and try to learn from them, walk amongst these great players, it's still special," she said. "I don't think it really ever changes when you're watching those greats. It's amazing to have them around leading such a great example. "It's only my second Wimbledon, and I'm really new to this still. It's a really special feeling." Nadal, the second seed here, will open his campaign against Argentina's Francisco Cerundolo. It will be his first competitive action since he lifted the French Open trophy on June 5. /IANS

'I know the way', Nadal looks forward after Cincinnati loss
Cincinnati (US), Aug 18 : Playing at the Western & Southern Open for the first time in five years on Wednesday, Rafael Nadal showed the Cincinnati fan

Western & Southern Open: Raducanu defeats Azarenka in second round
Cincinnati (US), Aug 18 : Less than 24 hours after scoring a first-round win against 23-time Grand Slam champion Williams, Raducanu was back on court