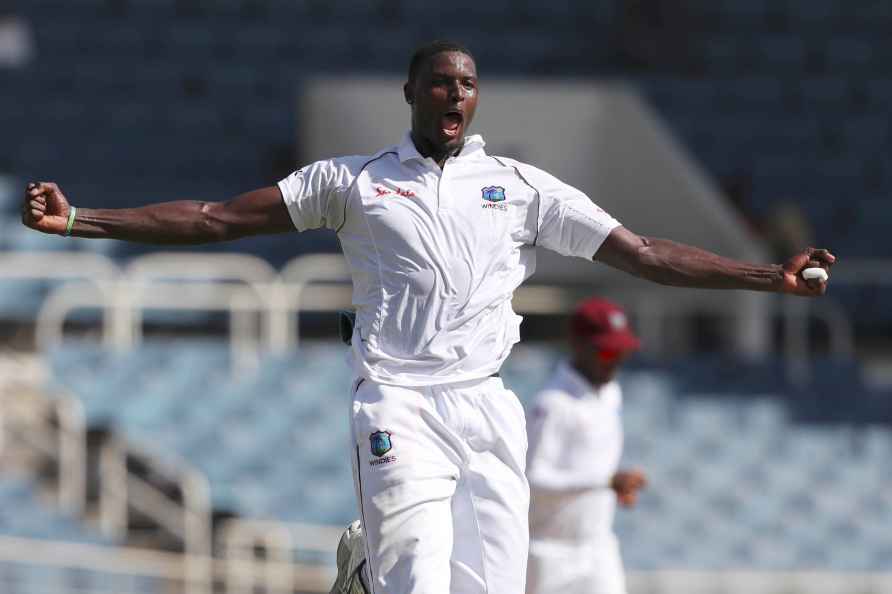 Gros Islet (St Lucia), June 26 : Kyle Mayers slammed an unbeaten 126 on Day 2 of the second Test against Bangladesh as West Indies took firm control of the match, taking a 106-run first-innings lead against the tourists at the Daren Sammy National Cricket Stadium on Sunday (IST). Replying to Bangladesh's 234, West Indies were well-placed on 340/5 at stumps on the second day with Mayers scoring his second Test century with the help of 15 boundaries and two maximums. Things were looking somewhat grim for West Indies when they lost three quick wickets just prior to lunch on Day 2 to fall to 132/4, Kyle Mayers took over with a splendid knock to give the hosts a handsome lead. The left-hander was particularly punishing on anything loose that he could hammer through the point and cover region and this helped him finish the day unbeaten on 126. While Mayers' 116-run partnership with Jermaine Blackwood (40) did the majority of the damage, it was the unbeaten 92-run stand with Joshua Da Silva (26 not out) late in the day that really took any glimmer of hope away from Bangladesh. With star spinner Shakib Al Hasan going wicketless through 18 overs, it was left to fellow tweaker Mehidy Hasan Miraz to do the majority of the damage for the visitors. Mehidy picked up the key wicket of West Indies captain Kraigg Brathwaite (51) early in his spell and then returned later in the day to trap Blackwood plumb in front in what was another excellent piece of off-spin bowling. While those two scalps were the only wickets Mehidy could get on what was a frustrating day for Bangladesh, the 24-year-old can at least hold his head high in the knowledge that West Indies' batting line-up failed to pick him at times and found scoring difficult when he had the ball. Mehidy's 31 overs went for just 68 runs and the slow right-armer was clearly the best of the Bangladesh bowlers. West Indies must still fancy their chances in the World Test Championship as a victory in the second Test here will provide them with some valuable ascendancy in the race to qualify for next year's final. West Indies currently sit in sixth place on the World Test Championship standings, but a series win over Bangladesh will keep them in touch with the teams in front of them. Bangladesh are ninth on the current standings and would need to find form very quickly if they want to work their way back into contention. Brief scores: Bangladesh 234 in 64.2 overs vs West Indies 340/5 in 106 overs (Kraigg Brathwaite 51, John Campbell 45, Jermaine Blackwood 40, Kyle Mayers 126 not out, Joshua Da Silva 26 not out). /IANS

Buttler, Miller, McCoy, Bosch signed up by Paarl Royals for CSA T20 League
[A U.S. soldier takes a selfie with her Indonesian counterparts during a music performance at the end of Super Garuda Shield 2022 joint military exerc