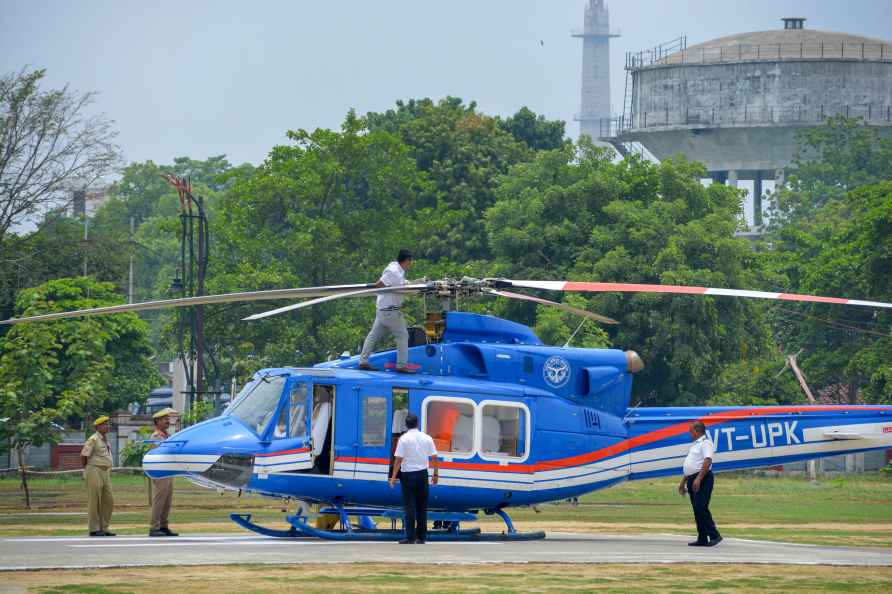 [Varanasi: Technical staff checks the helicopter of Uttar Pradesh Chief Minister Yogi Adityanath following its emergency landing after it hit a bird, in Varanasi, Sunday, June 26, 2022. ( /PTI] Varanasi, June 26 : A helicopter carrying Uttar Pradesh Chief Minister Yogi Adityanath had to make an emergency landing at the police lines here, minutes after take-off. Sources said that the chopper was brought back to the base as a precautionary measure after a reported bird hit. The Chief Minister, who is in Varanasi, is now going to the airport by road and will return to Lucknow by a state aircraft. Further details were awaited /IANS

Mounted police are deployed in Nairobi