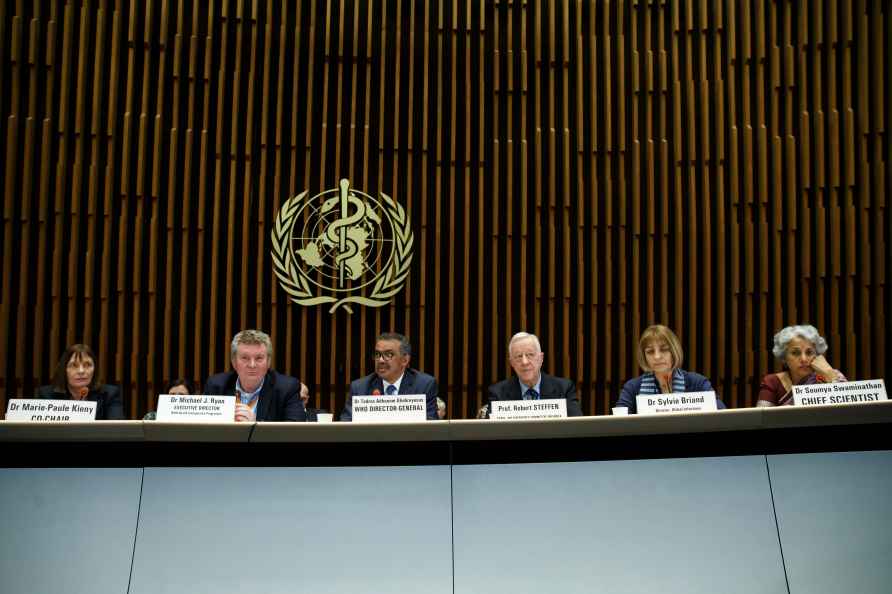 Islamabad, June 25 : The emergency committee of the World Health Organization (WHO) on the international spread of poliovirus has declared community resistance with refusals to vaccination, lack of female frontline workers, high turnover of frontline workers, weak health infrastructure and weak service delivery as major factors that caused back-to-back cases in Pakistan's North Waziristan. As the statement of the thirty-second Polio IHR Emergency Committee of WHO was released, authorities in Pakistan reported another case from the Mir Ali area of North Waziristan on Friday where an eight-month-old child was found to be affected by Wild Polio Virus 1 (WPV1), raising the number of cases to 11 in the country in 2022 so far, The News reported. The committee meeting, which was convened by WHO Director General Tedros Adhanom Ghebreyesus, expressed concern over the recent outbreak of WPV1 in North Waziristan district. Since the last emergency committee meeting in February 2022, Pakistan has reported 11 WPV1 cases from North Waziristan and two WPV1 positive environmental samples from the neighbouring district of Bannu. "With the ongoing WPV1 circulation in South KP, the risk to the rest of Pakistan has escalated", the emergency committee warned and said key challenges which hampered progress in polio eradication in southern Khyber Pakhtunkhwa included complex security situation, specifically in North and South Waziristan, which resulted in inadequate access of children to immunisation facilities, and reduced quality of supplementary immunisation activities (SIAs). "Community resistance with refusals to vaccination (including vaccination boycotts and fake finger-marking without vaccination), lack of female frontline workers and high turnover of frontline workers, and weak health infrastructure and service delivery all pose challenges," the statement read. It added that the 10 WPV1 cases reported in 2022 had zero dose of routine immunisation, zero dose or under-immunised in SIAs, and belonged to families that had refused their immunisation. /IANS

21 killed in Kabul mosque blast
Kabul, Aug 18 : Police in Kabul confirmed on Thursday that 21 people were killed and 33 others injured in a blast that targeted worshippers at a mosqu

14 killed in 24 hrs in Pak flash floods
Islamabad, Aug 18 : At least 14 people were killed and 14 others injured in heavy monsoon rain-triggered flash floods and in the last 24 hours in Paki

Haqqani Taliban Network actively sheltered Zawahiri in Kabul: US
Washington, Aug 18 : The US has said that it no longer believes the Taliban are capable of implementing the pledges they made in Doha while signing a