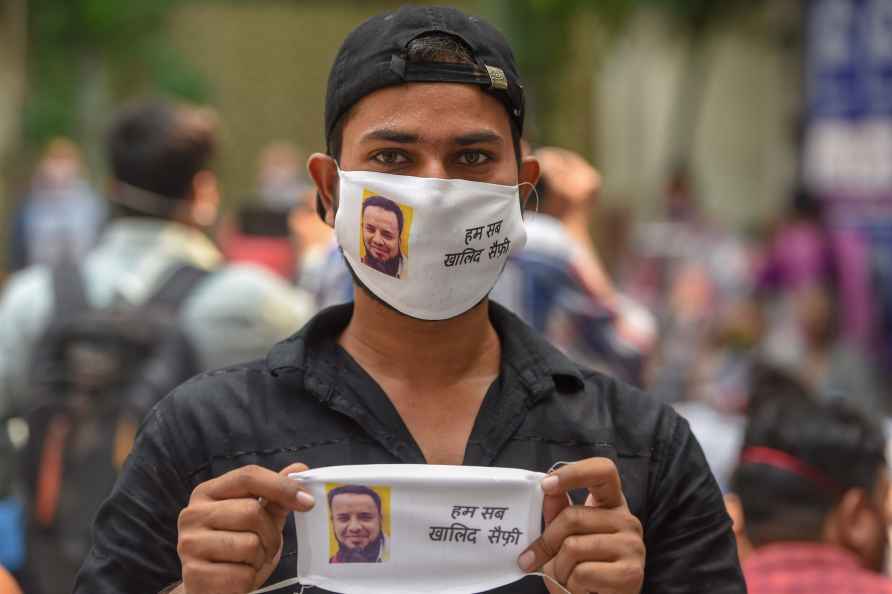 New Delhi, June 25 : A notorious criminal Mohammed Azmal a.k.a. Pahadi was arrested by the Special Cell of Delhi Police following an encounter here on Friday evening, an official said. A senior police officer said Pahadi was wanted in a case of extortion in Nazibabad, Bijnor, Uttar Pradesh, and was absconding in a case of firing on the Special Cell personnel. "We had received a tip-off that accused Pahadi would come on a bike from Pul Prahladpur side and go towards Sarita Vihar metro station between 5 p.m. to 6 p.m.," the official said. Subsequently, the Special Cell laid a trap and at about 5.50 p.m. a bike-borne Pahadi was signalled to stop but he took out a pistol and opened fire on the police party. The police also retaliated and Pahadi sustained injury on leg. "He was overpowered and rushed to a local hospital," the official said. Pahadi was previously found to be involved in many criminal cases including that of murder, attempt to murder, extortion, threatening, assault, hurt, trespass, theft, conspiracy, arms act etc. in Delhi and Uttar Pradesh during the last 10 years. /IANS

'Anti-Shia hatred' may be behind killings of Muslims in US
By Arul Louis Dallas, Aug 10 : A Muslim man in the US has been charged in the serial killing of four Muslims from Pakistan and Afghanistan, which a

Belfast (Ireland), Aug 10 : Captain Andrew Balbirnie snapped Ireland's eight-match losing streak in T20I after beating Afghanistan by seven wickets in the first of five T20Is at Belfast with just one […]

[Patna: Rashtriya Janata Dal leader (RJD) Tejashwi Yadav with Bihar Governor Phagu Chauhan before being sworn in as Bihar Deputy Chief Minister during a ceremony at the Raj Bhavan, in Patna, Wednesday […]

Coimbatore police on high alert as drug peddlers get innovative

Chennai, Aug 10 : The Coimbatore city police is on high alert after the drug peddlers have adopted new methods to push the drug in the city, especially among students in colleges and even schools. […]