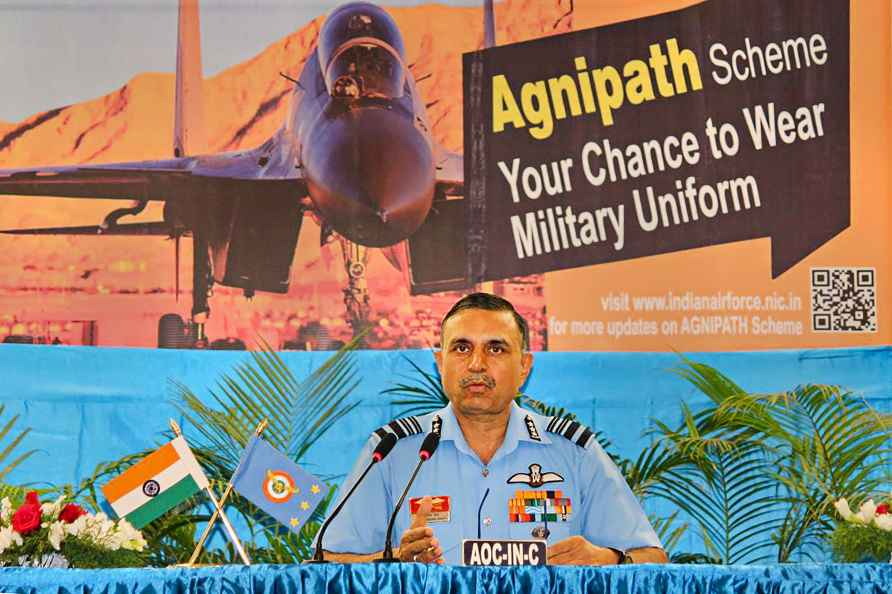 Jaipur, June 22 : The RSS All India Prant Pracharak Baithak will be organised on July 7, 8 and 9 in Rajasthan's Jhunjhunu district, said Sunil Ambekar, Akhil Bharatiya Prachar Pramukh, RSS. In a press note, he said the all 'Prant Pracharaks' and 'Seh Prant Pacharaks' are expected to attend this gathering. Sarsanghchalak Mohan Bhagwat, Sar Karyawah Dattatreya Hosbole, Dr Krishna Gopal, Manmohan Vaidya, CR Mukund, Arun Kumar among other veterans will mark their presence, he added. "This meeting is focused on the topics related to the RSS. The reviews of the Sangh's training class, Sangh Shiksha Varg, next year's work plan, Pravas plans etc. will be discussed in the meeting. Along with this, the centenary year work extension plan of the Sangh will also be discussed," said Ambekar. RSS officials confirmed that Bhagwat will be arriving in Jaipur on July 2 and will proceed with his scheduled meetings and programmes before attending the gathering in Jhunjhunu. /IANS