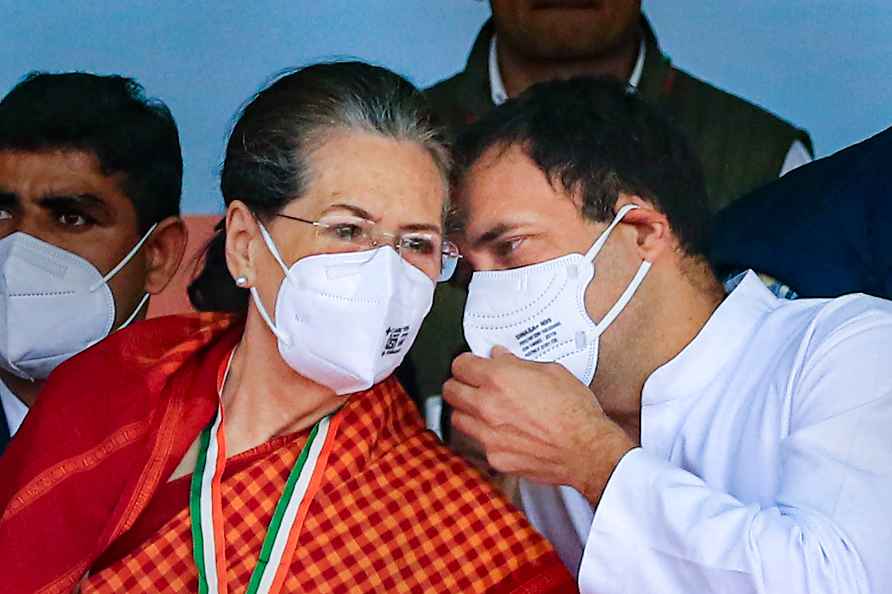 New Delhi, June 20 : Congress leader Rahul Gandhi has been summoned on Tuesday - for the fifth time - by the Enforcement Directorate for questioning the investigation in connection with its probe in the National Herald case. Till now, he has been questioned for about 40 hours by the anti-money laundering agency, including on Monday. Gandhi was reportedly questioned about a few transactions made by Kolkata-based Dotex Merchandise Pvt Ltd. Earlier, the Congress leader had denied having knowledge of any sort of loan taken by Young Indian, according to ED sources. In fact, he is reported to have told the ED that he was not aware of the accommodation entry of YI. Gandhi also said that the late Congress Treasurer Motilal Vora was engaged in all these sorts of affairs. Vora held 12 per cent stake in YI, while Rahul Gandhi and his mother and party chief Sonia Gandhi had 76 per cent stake. "Gandhi said he had no knowledge of YI-AJL deal as Vora was looking after it," a sources said. Sonia Gandhi, who was in hospital for Covid related health issues, has also been summoned on June 23 in the same case. /IANS