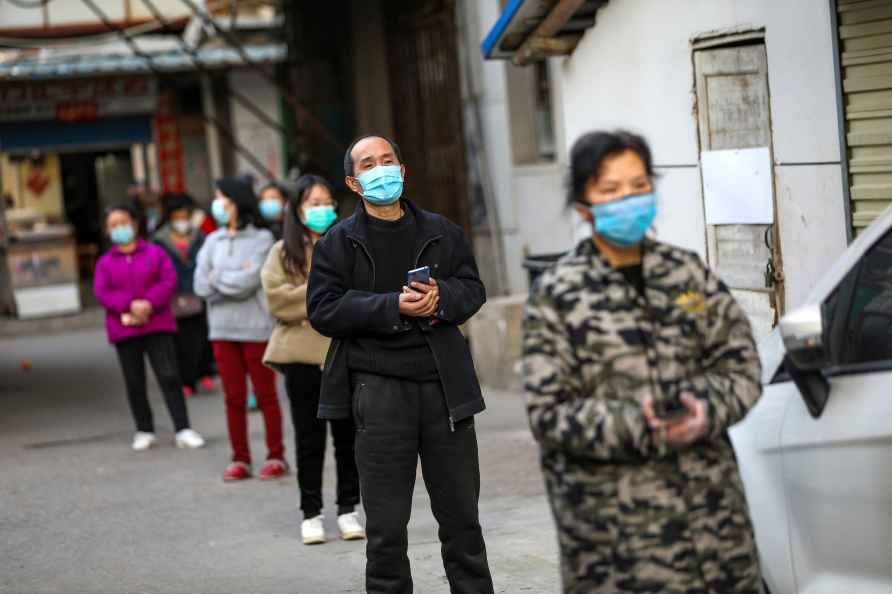 London, June 20 : Just days after saying that the Covid lab leak theory needs "further investigations", the World Health Organisation (WHO) chief has privately confided to a senior European politician that the pandemic originated from China's infamous Wuhan lab, according to a report. According to WHO Director-General Tedros Adhanom Ghebreyesus, the most likely explanation was a catastrophic accident at a laboratory in Wuhan, where infections first spread during late 2019, Daily Mail reported. However, publicly, the UN health agency maintains that "all hypotheses remain on the table". Initially the WHO was criticised for its deferential approach to China, but in the absence of any compelling evidence of "zoonotic" spread -- the process by which a virus leaps from animals to humans -- the global agency is now adopting a more neutral public stance, the report said. "We do not yet have the answers as to where it came from or how it entered the human population. Understanding the origins of the virus is very important scientifically to prevent future epidemics and pandemics," Ghebreyesus was quoted as saying this month. "But morally, we also owe it to all those who have suffered and died and their families. The longer it takes, the harder it becomes. We need to speed up and act with a sense of urgency. "All hypotheses must remain on the table until we have evidence that enables us to rule certain hypotheses in or out. This makes it all the more urgent that this scientific work be kept separate from politics," he said. The origin of Covid has remained the subject of a political and scientific debate with scientists and politicians globally contending that the coronavirus jumped into people from bats, or have been leaked from a laboratory. The WHO, in its initial assessment, had stated that it was "extremely unlikely" that Covid might have spilled into humans from a lab, but later the agency admitted to flaws in the report and ordered a new probe. AIn a recent report, by Scientific Advisory Group for the Origins of Novel Pathogens (SAGO), the expert panel established in 2021 to research the causes behind the pandemic by the WHO shared that "key pieces of data are not yet available for a complete understanding of how the Covid-19 pandemic began". The report, however, suggests that the virus probably came from animals, likely bats. But it also did not rule out the possibility of a lab leak, citing lack of clear data. Meanwhile, WHO experts, including the SAGO panel, have maintained that China is not cooperating with the Covid origin probe. Ghebreyesus also called out "full collaboration from all countries, including China, where the first cases of SARS-CoV-2 were reported". China, on its part, has from the beginning protested that claims of a laboratory leak were just a "conspiracy theory". It has also claimed that the virus originated in the US. /IANS

Covid cases continue to rise in UP
Lucknow, Aug 5 : Covid cases in Uttar Pradesh continued to rise. For the fourth consecutive day on Thursday, 887 more people tested positive for the