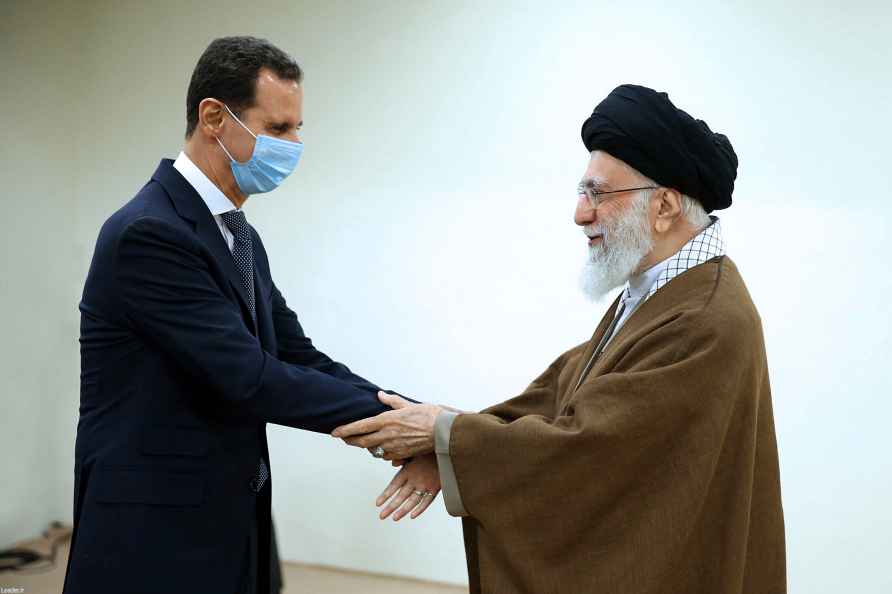 Jerusalem, June 20 : Israeli Prime Minister Naftali Bennett has warned Iran against "attempts to orchestrate attacks against Israelis overseas," threatening that Israel will exact a price for attempts to harm its citizens. Making the remarks at the weekly cabinet meeting, Bennett on Sunday said "we are currently witnessing Iranian attempts to attack Israelis in various overseas locations," adding that "Iran's plans focus on Turkey" while Israeli security services "are working to thwart attempted attacks before they are launched". Israel will "strike those who send the terrorists and those who send those who send them," Bennett warned, saying "our new rule is: whoever sends -- pays," according to a statement issued on his behalf. The Prime Minister also reiterates a call for Israelis to avoid travelling to Turkey, especially Istanbul, if it was not necessary. On Sunday, Israeli President Isaac Herzog and Turkish President Recep Tayyip Erdogan talked over phone about the "Iranian intentions to perpetrate terror attacks against Israelis in Istanbul," Herzog's office said in a statement. The Israeli President thanked Erdogan for Turkey's efforts to thwart attacks on Turkish soil, stressing that the threat to Israelis has not yet passed and "the counterterror efforts must continue". The two leaders also highlighted the great contribution of this cooperation to the trust being built between the governments and nations, the office said. On Saturday, Israel's Channel 12 TV news reported Israel's intelligence agency Mossad and Turkish intelligence services thwarted an attack earlier in the day. There was no official confirmation for the report. Israel's National Security Council on Monday raised its travel warning for Istanbul, Turkey's largest city, to the highest level, citing possible attacks by Iran, said a statement from the council. The Council called on Israelis currently in Istanbul to leave the city and Israelis planning to travel to Turkey to avoid doing so until further notice, Xinhua news agency reported. Iran has not commented on the Israeli allegations. Iran has accused Israel of killing Hassan Sayyad Khodaei, an Islamic Revolution Guards Corps colonel, on May 22 and has vowed to avenge his death. Khodaei was shot and killed by two motorcyclists in the east of Tehran, Iran's capital. /IANS

Centre blocks 8 YouTube channels for spreading disinformation
New Delhi, Aug 18 : The Union Ministry of Information and Broadcasting has blocked eight YouTube channels, seven Indian and one Pakistan based, for sp

Kharkiv: Ukrainian firefighters work in destroyed buildings after a rocket attack last night in Kharkiv, Ukraine, Friday, Aug.19, 2022. According to local authorities, 19 people have been killed in Kh […]

Raigad, Aug 18 : A suspicious speed-boat was found on the Harihareshwar Beach in Raigad, around 200 kms south of Mumbai, sending the security forces into a tizzy here on Thursday afternoon. Acco […]

Kamya Panjabi: I am very selfish as an actor and want to stand out

By Ila Sankrityayan Mumbai, Aug 18 : Kamya Panjabi, who rose to fame with her portrayal of Sindoora in 'Banoo Main Teri Dulhann', will now be seen playing the role of a banjaran named Gauri in 'San […]