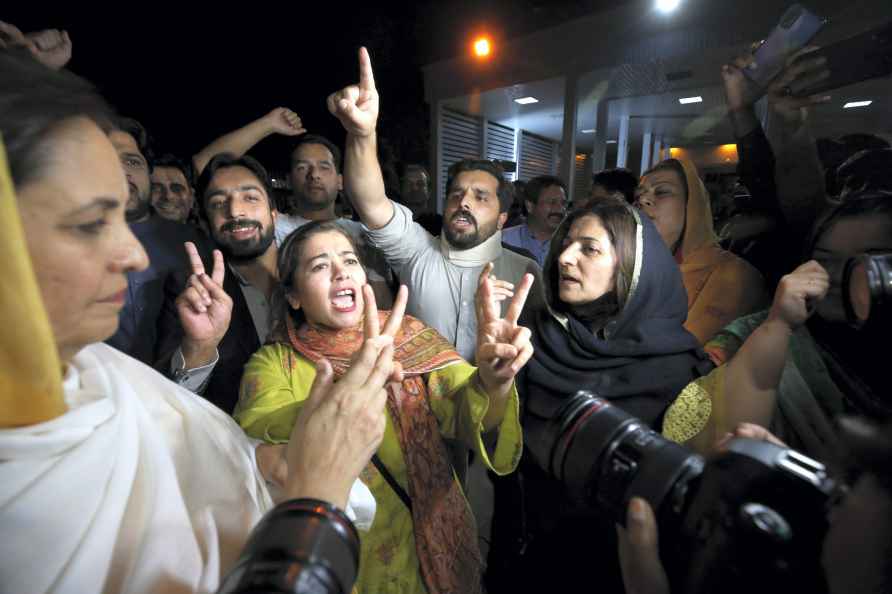 Islamabad, June 19 : Pakistan's Minister for Power Khurram Dastagir claimed that ousted Prime Minister Imran Khan had "fascist plans" to extend his rule for 15 years by getting the entire leadership of opposition parties disqualified. Dastagir said he had the information that Khan had decided to get all the opposition leaders, right from Pakistan Muslim League-Nawaz (PML-N) president and incumbent premier Shehbaz Sharif to Ahsan Iqbal, Shahid Khaqan Abbasi and all others, disqualified by the end of this year, Dawn news reported. In this scenario, it was visible that the former premier with the connivance of powers that be wanted to clean sweep the entire opposition leadership, he alleged. Lending strength to his claim, the Minister recalled that Khan had also announced that the services of 100 judges would be hired to expedite cases against his political opponents, Dawn reported. Dastagir expressed these views during a private TV show while respon­ding to the question about what had prompted his party to accept the country's rule for just one and a half years. He said: "The coalition was formed only because Khan had fascist plan to attack this country." "Today, the times are difficult, but one must also rem­ember that when the country's eco­nomy was being discussed, there were issues of democracy, federation and rule and all those aspects had to be con­sidered in larger context." While posting the clip of the show on his Twitter account, PTI leader and former minister Ali Haider Zaidi, said: "Khurram Dastagir admitted openly that the constitutionally elected government of Imran Khan was removed through a conspiracy to save the opposition from corruption cases. It is unfortunate that these thugs are now killing (destroying) the economy." /IANS