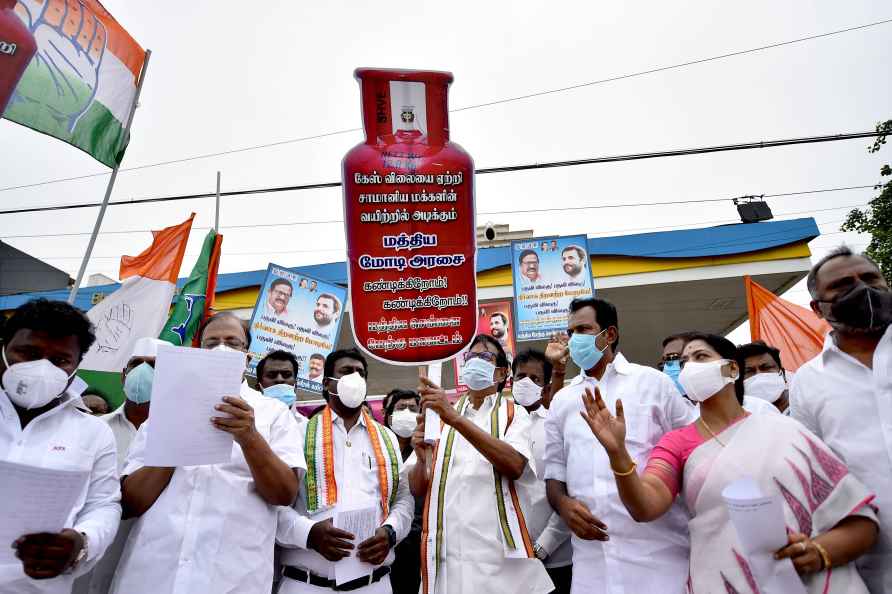 Chennai, June 19 : Tamil Nadu Congress Committee (TNCC) President K.S. Alagiri has demanded the rollback of the Central government's Agnipath scheme for the military recruitment. The senior Congress leader in a statement on Sunday said that the scheme was dangerous and that there was no guarantee for job security. He said that it was an ill-conceived scheme, which was being proposed when there was tension at the borders of the country which requires skilled persons to handle. K.S. Alagiri in the statement said that the personnel will not be able to work with commitment when there is no job security. In another statement, Viduthalai Chiruthaigal Katchi (VCK) leader, Thol Thirumavalavan demanded the government to withdraw the scheme with immediate effect. He said that continuing with the scheme would bring a revolt in the country leading to the Narendra Modi government's downfall in 2024 general elections. Thol Thirumavalan in the statement called upon the BJP to keep up its promise of providing 2 crore jobs every year. Dravidar Kazhagam also came out against the Agnipath scheme and its leader, K. Veeramani in a separate statement called upon the Union government to continue with the present situation of 15 years permanent commission and pension. He called upon the Union government to give up its adamant stand and to review the scheme. Several states across the country are witnessing violent protests, including the southern states like Tamil Nadu, Andhra Pradesh, and Kerala. In a police shooting case at Secunderabad, a young job aspirant who had qualified for the military written examination, lost his life. The protests have led to the police crackdown taking into custody more than 1,000 people and action has been taken against some coaching centres for instigating the students. /IANS

Overnight funds witness inflows in July after one month pause

By Manish M. Suvarna Mumbai, Aug 11 : Overnight funds category witnessed heavy inflows in July after registering outflows in the previous month. This is because of the rise in overnight rates which […]

Chennai, Aug 11 : The British investments in India that began in early 1,600 CE with the entry of East India Company have continued to grow even 75 years after India gained Independence. Accordi […]

Chennai, Aug 11 : As it has happened in the internal combustion engine (ICE) vehicle industry, the Asian automobile makers are expanding their offering and enjoy certain advantages over Tesla, said S& […]