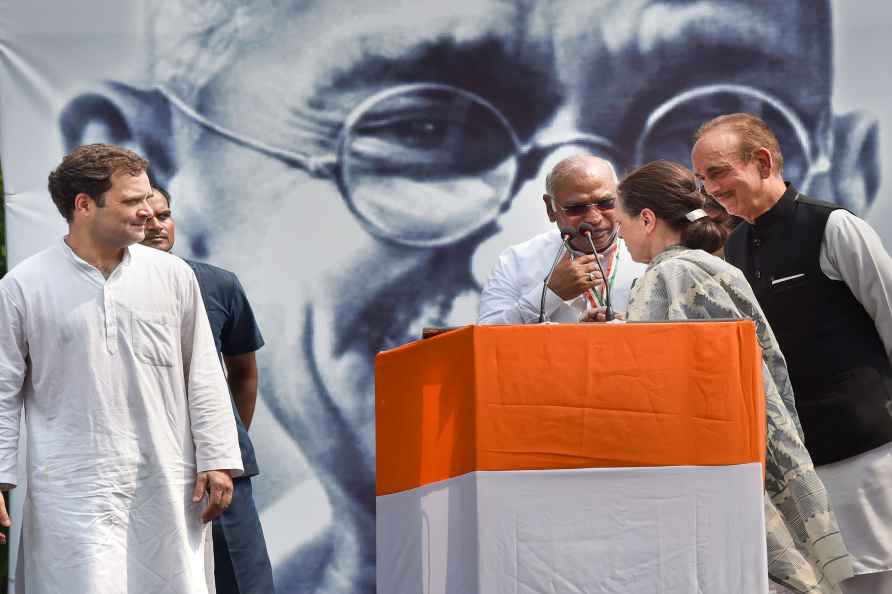 New Delhi, June 19 : Former Congress President Rahul Gandhi, who turned 53 on Sunday, has asked his supporters to refrain from celebrating his birthday as youth are sad. The appeal comes in backdrop of wide protest against the Centre's "Agnipath" scheme for the recruitment in the Armed Forces. In an appeal, he said, "I appeal to all Congress workers and my well wishers across the country not to hold any kind of celebrations on the occasion of my birthday." Rahul Gandhi, born on June 19, 1970, is in his fourth term as Lok Sabha MP -- thrice from Amethi (2004 ,2009 and 2014) and currently from Wayanad. He lost from Amethi in 2019. The Congress on Sunday will hold a "Satyagrah" against the Agnipath scheme at Jantar Mantar in New Delhi. "No soldier will come out well trained if aspirants of the Armed Forces are recruited for only four years and then retired," said Mallikarjun Kharge. /IANS