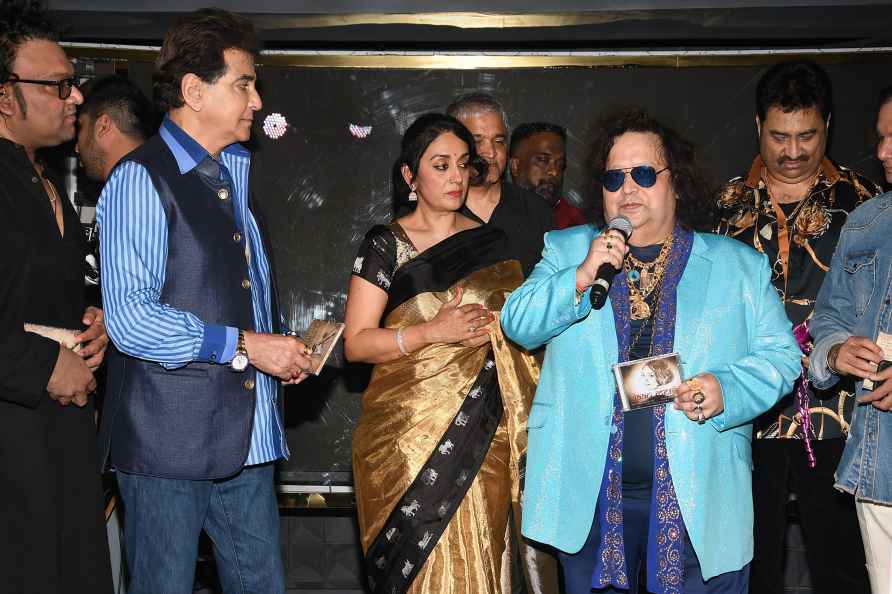 Mumbai, June 18 : Bollywood actor Varun Dhawan requested contestant Mohd Faiz to sing playback for him on 'Superstar Singer 2'. Varun is coming as a celebrity guest for the promotion of his movie 'Jug Jugg Jeeyo' along with Kiara Advani and Anil Kapoor. Contestant Mohd Faiz along with captain Sayli performed on RD Burman's popular songs like 'Tumse Milke' and 'O Haseena Zulfon Wali'. In fact after listening to Mohd Faiz's rendition of the song 'Tumse Milke', actor Varun Dhawan and Kiara Advani went on the stage to dance on this romantic track. Varun shares: "I found my singer and I want you to sing for my movie one day. Your voice is superb and the way you add a new zing to these old retro songs is really commendable." 'Superstar Singer 2' airs on Sony Entertainment Television. /IANS

Madhuri: Back in 90s, writers used to pen scripts on sets
Mumbai, Sep 23 : Actress Madhuri Dixit Nene, who is gearing up for her streaming movie 'Maja Ma', recently spoke about the changes that she has witnes

Badshah, Ikka declare MC Square's song a radio hit
Mumbai, Sep 23 : Popular rappers Badshah and Ikka, who are judging the show 'MTV Hustle 2.0', got swayed by the performance by MC Square and declared

New Delhi, Sep 26 : Legendary Brazilian footballer and a member of the team that won the 2002 FIFA World Cup jointly hosted by Japan and South Korea, Ronaldinho is set to promote cricket in India in a […]

UP to get its first fruit winery