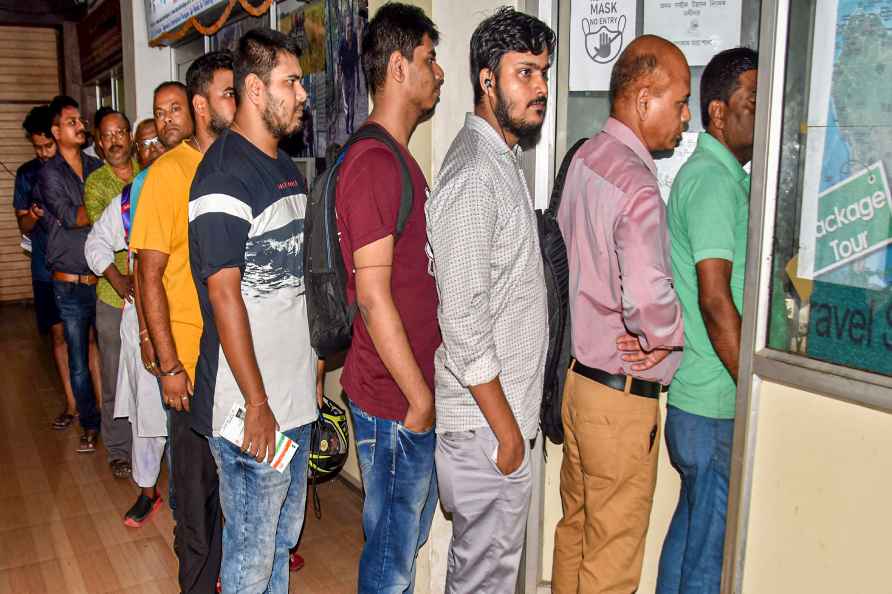 Guwahati: People stand in queue to buy flight tickets from Guwahati to Silchar, in Guwahati, Saturday, June 18, 2022. Assam Tourism Department Corporation (ATDC) has arranged special flights between Guwahati and Silchar after train and road transport services between the two places were cut off due to flood and landslides. ( /PTI