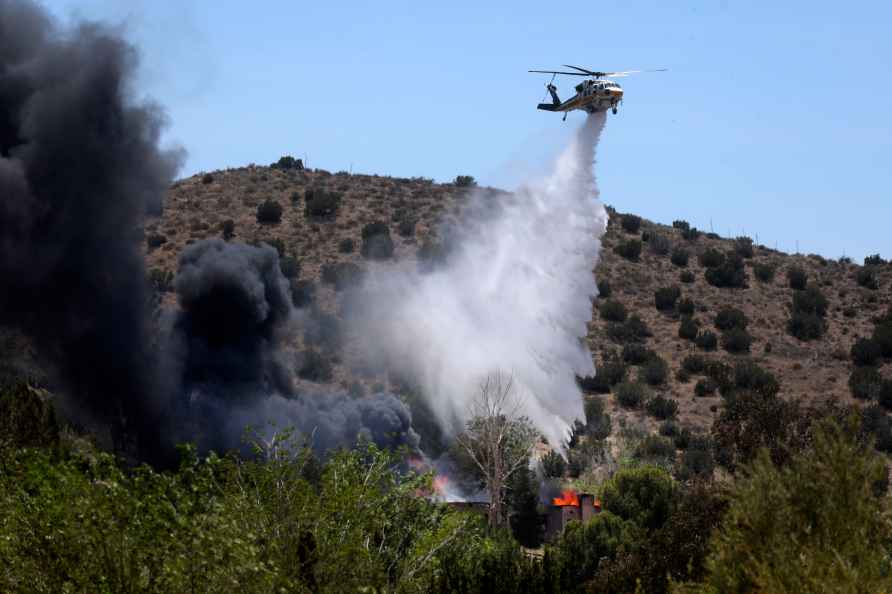 Los Angeles, June 18 : Singer-songwriter Nick Jonas is teaming up with 'Topgun: Maverick' star Glen Powell for a buddy comedy film 'Foreign Relations', which will be directed by Kat Coiro, reports 'Deadline'. Charlie Kesslering will write the script, and Elizabeth Banks and Max Handelman's Brownstone will be serving as producers. Coiro directed the Jennifer Lopez-Owen Wilson comedy 'Marry Me', and she is EP and director of the upcoming aShe-Hulk: Attorney At Law' for Marvel Studios and Disney +. Glen Powell was recently seen as a hotshot pilot in the Tom Cruise-starrer aTopgun: Maverick' wherein his character saves the day for both Cruise and Miles Teller. Charlie Kesslering has earlier worked on 'Turned On'. Nick and Glenn have earlier worked together in aScream Queens'. UTA and CAA are brokering, and there are streamers and studios in the mix. Stay tuned. /IANS

Ahmedabad: Social activists being detained during a protest against...

Ahmedabad: Social activists being detained during a protest against the release of eleven people convicted for rape and murder in the Bilkis Bano case of the 2002 post-Godhra riots under the Gujarat g […]

Kavitha appeals to SC to intervene in Bilkis Bano case