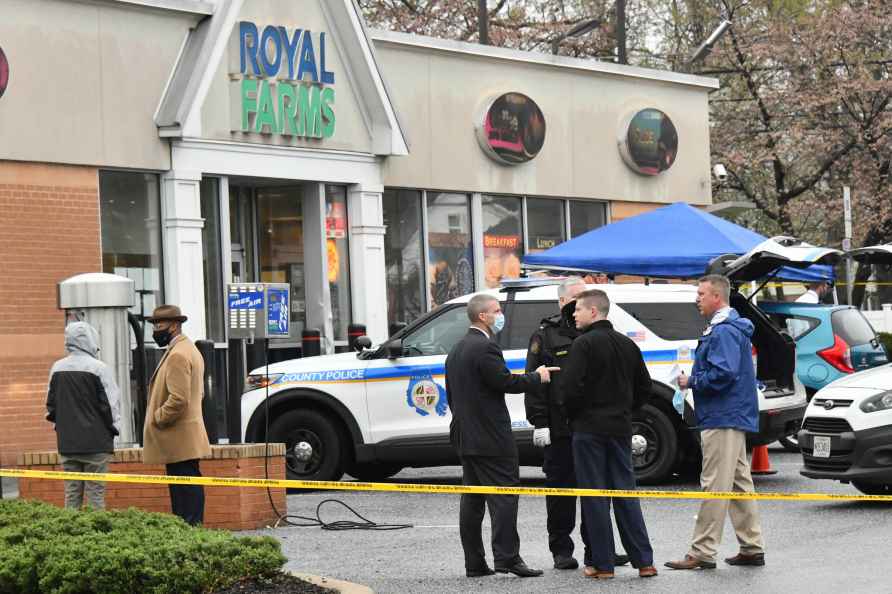 Washington, June 17 : One person died and two others were injured after a shooting at a church in the US state of Alabama, police said on Friday. Police in the city of Vestavia Hills said they received a call of an active shooter at Saint Stephen's Episcopal Church at 6.22 p.m. on Thursday evening, reports Xinhua news agency. Police chief Shane Ware told reporters that three people were shot, adding that the victim died on the spot, and two others were being treated at a hospital. A suspect, who has not been named, is in custody. Vestavia Hills is a suburb in the Birmingham Metropolitan area. According to the latest data from Gun Violence Archive, the US has witnessed 267 mass shootings since the start of the year, with more than 20,000 lives lost to gun violence. On June 12, a group of bipartisan Senators has recently reached a narrow gun safety deal amid public disappointment about political inaction. The plan includes measures to crack down on criminals who straw purchase and traffic guns, strengthen criminal background check requirements for gun buyers younger than 21 and fund mental health services. A straw purchase occurs when an individual buys a firearm for someone who is not legally permitted to own one. Both Democrats and Republicans touted the deal as a victory. Still, it fell short of the White House's proposals to ban assault weapons and raise the minimum age of purchasing certain firearms from 18 to 21, among other things. /IANS

Jammu: Wailing mother and other relatives of army soldier Sukhjinder Singh at his residence at Suchetgarh near Jammu, Thursday, Aug 4, 2022. Singh died after being hit by a boulder during patrolling n […]

New Delhi: Congress MPs at a meeting in Parliament House, in New...