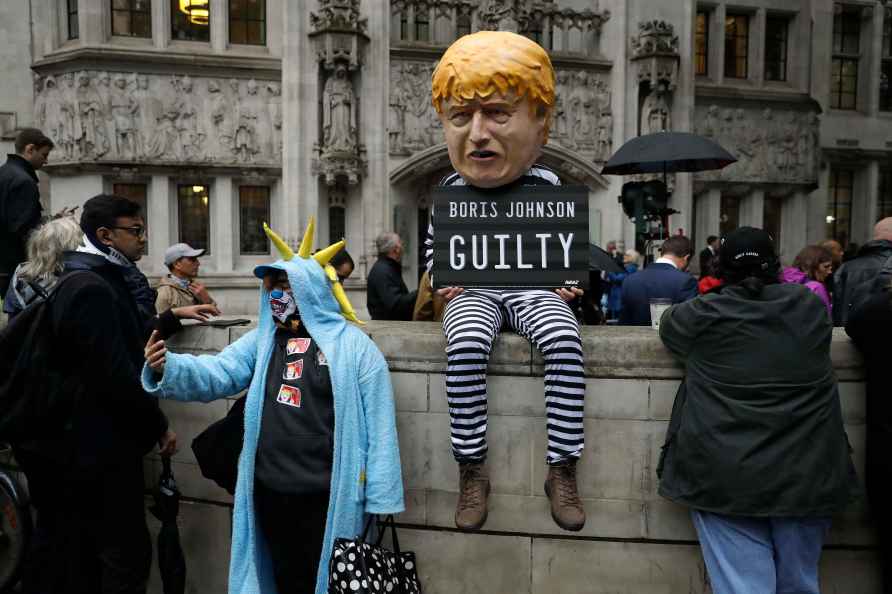 London, June 16 : UK Home Secretary Priti Patel said the government will arrange more planes to send asylum-seekers to Rwanda, after the inaugural flight was grounded by a European court. "We believe that we are fully compliant with our domestic and international obligations, and preparations for (...) the next flights have already begun," Xinhua news agency quoted Patel as saying to Parliament on Wednesday. Britain reached a deal with Rwanda in April under which illegal immigrants and asylum-seekers are to be sent to the east African country to have their claims processed. If successful, they would be granted permanent residency in Rwanda, rather than allowed to return to Britain. Britain hopes that the deal, for which it paid Rwanda 120 million pounds ($145 million) up front, will help deter migrants from making the perilous journey across the English Channel in small boats. On Tuesday, at least 444 migrants crossed the Channel, the highest daily figure in two months. The first flight, which was scheduled to take seven migrants to Rwanda on Tuesday night, was cancelled after a last-minute intervention by the European Court of Human Rights. The court ruled that one of the migrants would face "a real risk of irreversible harm" if sent to Rwanda. This allowed lawyers for the remaining six migrants to make successful applications to stop the deportation. The Rwanda asylum policy has drawn widespread criticism. During a debate in the Parliament on Wednesday, Britain's Shadow Home Secretary Yvette Cooper branded the policy a "shambles". "This is a short-term stunt, everyone can see it. It's not serious policy, it's shameless posturing. It's government by gimmick," she said. In defence of the policy, Patel said: "We will not accept that we have no right to control our borders; we will do everything necessary to keep this country safe and we will continue our long and proud tradition of helping those in genuine need." /IANS