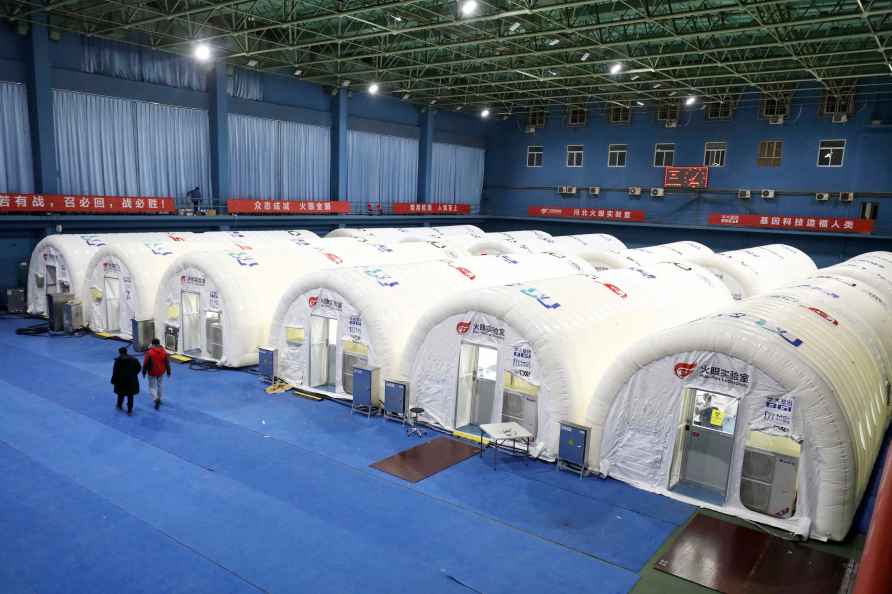 Beijing, June 14 : Authorities in the Chinese province of Henan are suspected to be restricting some residents' movements using a Covid app, following rare protests, BBC reported. Multiple people say they are being forced to quarantine, blocked from public transport or entering buildings. Most appear to be customers of four rural banks which had run into issues providing cash withdrawals, report Chinese media outlets. The banks froze deposits, prompting angry demonstrations last month, BBC reported. China's banking and insurance regulator has since ordered an investigation into the banks. More than 39 billion yuan ($6bn) is believed to have been frozen, affecting hundreds of thousands of customers. In many Chinese cities, residents use a "health code" app to enter buildings and shops, use public transport, or leave the city. Users must scan a QR code and show a colour-coded "health status" on their phone before entering. If this status turns red, it indicates the person has tested positive for Covid recently or is suspected to have Covid, and must be quarantined for 14 days, BBC reported. On Tuesday, some residents found their status had turned red when they tried to enter train stations, buildings, or hotels. It is not known how many have been affected, but Chinese reports indicate that the issue has occurred in several towns and villages in Henan. Customers of the four banks who travelled from other provinces to Henan's capital city Zhengzhou have also encountered the same issue. One bank customer in Zhengzhou told BBC Chinese that her status was red even though she had never been in contact with a confirmed case, and her most recent tests showed she was negative. She added that she was visited by health officials who asked her to stay at home and refused to explain why her status had suddenly turned red. /IANS

Delhi HC asks govt to decide on ban on sex-selective surgeries on intersex infants
New Delhi, July 30 : The Delhi High Court has directed the city government to decide on the recommendations of the Delhi Commission for Protection of

Monkeys kept captive for weeks rescued by AP Forest Department after PETA India prompt
Vijayawada, July 28 : A troop of caged monkeys have been rescued and set free by the Andhra Pradesh Forest Department. The monkeys were being ke